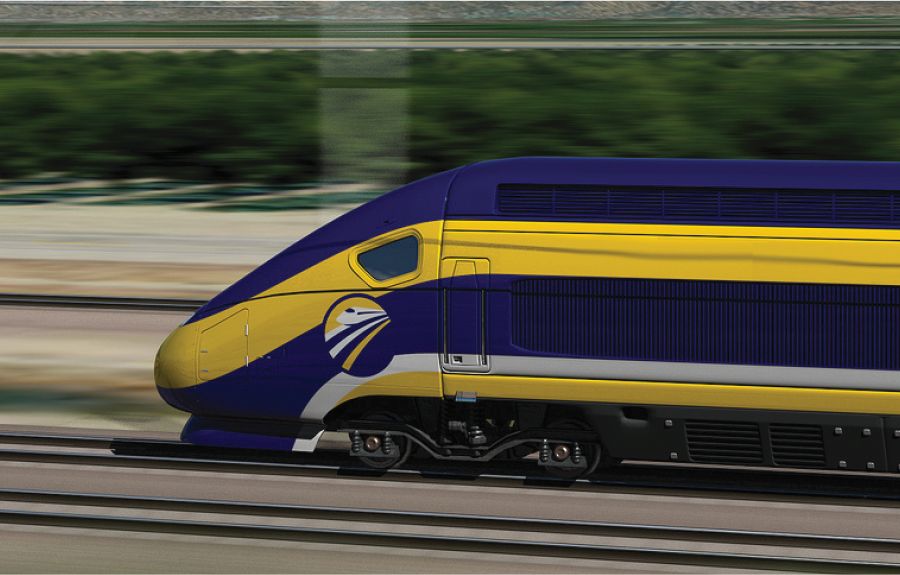 “The California rail authority’s failure to identify a source of funding to connect Los Angeles to the future bullet train system is not acceptable, said Hasan Ikhrata, executive director of the Southern California Assn. of Governments,” according[1] to the Los Angeles Times. “Until the high-speed rail authority released a new draft business plan last month, the state had planned to open its first operating segment between Burbank and the Central Valley by 2022. But in a major concession to its limited funding, the plan now calls for a cheaper segment that would run from San Jose to the Central Valley by 2025.”

The catch, SCAG discovered, is that costs imposed by completing the initial segment will ensure that “all the existing funds would be exhausted, leaving uncertainty about how and when the line would ever cross the geologically complex mountains of Southern California,” as the paper added.

The changes have accelerated criticism of the floundering effort — among Democrats as well as Republicans. “California lawmakers expressed dissatisfaction Monday with a plan to change the direction of a $64 billion high-speed railway,” the Associated Press noted[2]. Southland Assemblywoman Cheryl Brown, D-San Bernardino, said “it looks like we won’t have any kind of access to the money that we, as the citizens of the Inland Empire, put into the pot,” according to the wire. And Assemblyman Adam Gray, D-Merced, complained of feeling as if he could “travel through Star Trek’s fictional teleportation device before the train would arrive in his district.”

Some officials have also grown concerned that delays have rendered budget estimates obsolete along a key stretch of track. “Construction contracts for the three San Joaquin construction packages, which stretch from Madera south to Shafter, near Bakersfield, were awarded for 18 percent to 45 percent below budgeted estimates,” the Silicon Valley Business Journal observed[3]. But “[d]elays in land acquisition, which can be recouped through construction change orders, could wipe out the savings for that package, the rail authority reported in its draft 2016 business plan.”

But as costs have bedeviled the train, some of its opponents have busted their budgets too. “Proponents of a proposed initiative to divert high-speed rail funding to water projects said Friday that they are pulling their petitions from the street and instead will pursue a place on the 2018 ballot,” the Sacramento Bee reported[4]. “The campaign, led by Republican Bob Huff, the former Senate minority leader, and GOP Board of Equalization member George Runner, budgeted for $2.65 a signature, spokesman Hector Barajas said.”

“This week, amid soaring signature-gathering costs, the price rocketed to about $5 a signature. Rather than pay the spiraling rate, proponents are pulling back and targeting 2018, a non-presidential year where fewer Democratic voters, and presumably less supporters of high-speed rail, turn out to the polls.”

California voters have largely remained devoted to at least the idea of high-speed rail. In a new PPIC poll, support for the project, warts and all, registered at “just above 50 percent among adults (similar to findings since the question was first asked in March 2012),” as the Bee reported[5] separately. Although just 44 percent of those “most likely to vote this year” supported the train, a hypothetical question asked about a “less expensive” train lifted support “to 66 percent with adults and 59 percent with likely voters. A third of adults and a quarter of likely voters said rail is very important to the future quality of life and economic vitality of California.”

Nevertheless, even universal support for the bullet train would not keep it afloat operationally, analysts noted, without extraordinary usage rates. In this regard, comparisons with Japan’s own struggling rail system are not flattering. “California’s high-speed railway is attempting to do what the Tokaido Shinkansen does, but with a third of the number of potential passengers, on a route that is half as long again,” the Economist argued[6], warning that “California’s taxpayers will pay dearly for Mr. Brown’s high-speed legacy.”