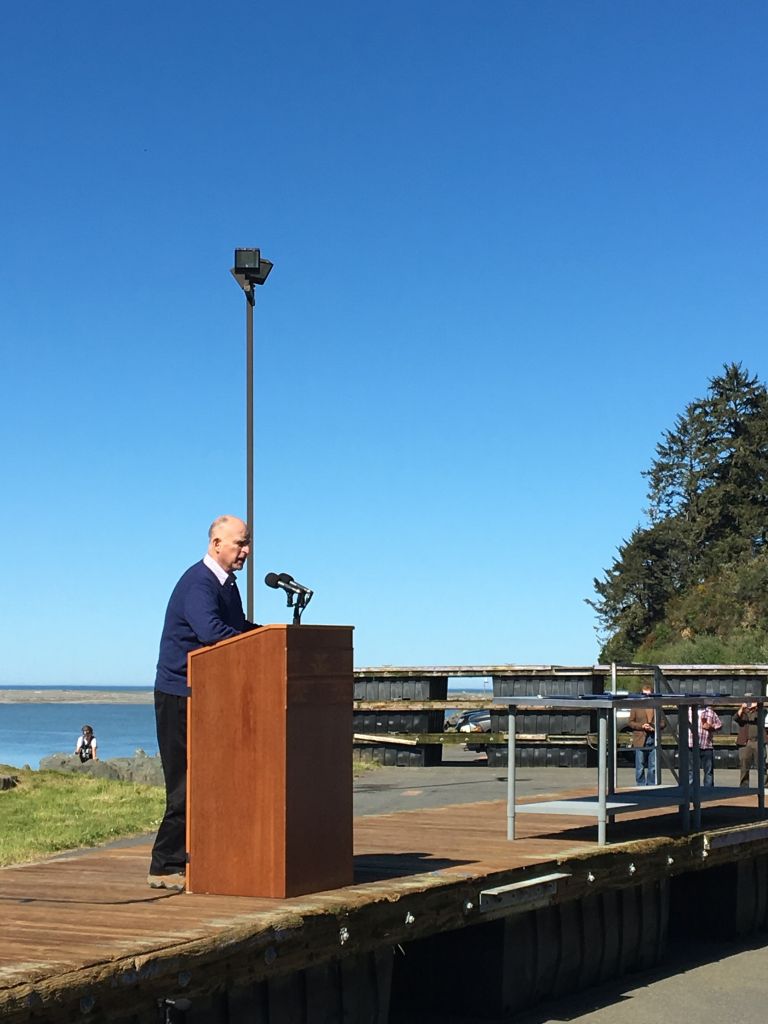 KLAMATH – California, Oregon, the federal government and local interests have finally agreed to remove four dams along the Klamath River, Gov. Jerry Brown and other officials announced on Wednesday.

The dams have been around for a little less than a century. They are aging and were built to produce electricity and not to store water. They don’t have salmon ladders that would allow native fish to make it upstream for mating and egg laying and have contributed to fish kills largely due to warm water and algal blooms.

Indigenous tribes, like the Yurok Tribe, fought for the removal of the dams. The Yurok still live a traditional lifestyle and depend on the fish and local environment to live.

“This is a good exercise of human kind correcting some of the mistakes in the past,” Brown said.

Brown was joined in Klamath on Wednesday by the U.S. Secretary of Interior Sally Jewell, Oregon Gov. Kate Brown, Yurok tribal leadership and others.

The dams are owned by Warren Buffet’s PacifiCorp, which provides hydroelectric power to the local communities. The dams are said to be too old and would be too expensive to re-license, which needed to happen soon. 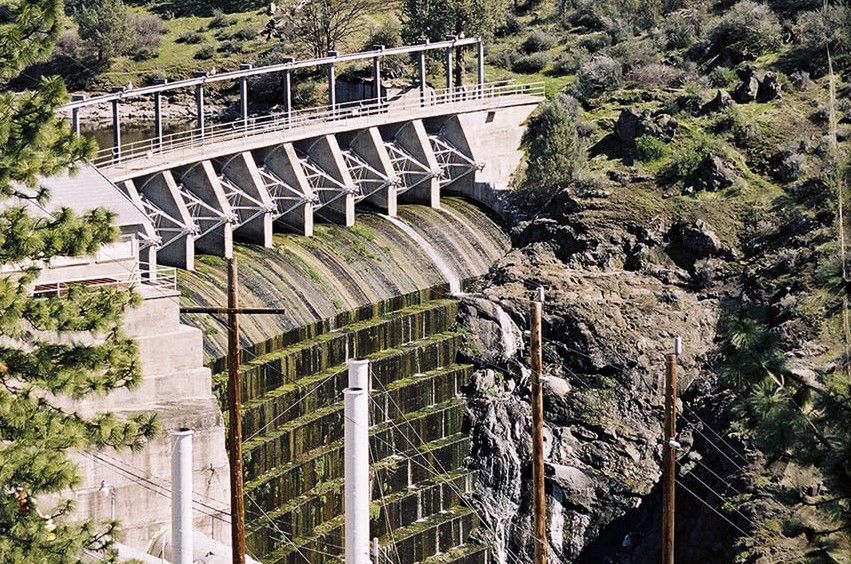 Government agencies required certain improvements for re-licensing, which would have included building the salmon ladders. Rather than going through the costly re-licensing process, PacifiCorp agreed to remove the dams under the condition that California contribute to the removal costs, said Bob Gravely, senior public affairs specialist for PacifiCorp.

PacifiCorp is responsible for the first $200 million, with California contributing any amount past that up to $450 million, which will help keep the local electricity rates from increasing. The agreement can be found here.[1]

The Bureau of Reclamation estimates it will cost approximately $292 million.

The dams provide only about 1.5 percent of the power in PacifiCorp’s grid, so the power can be generated elsewhere without a major disruption in service.

The deal actually fell apart once due to congressional inaction. Proponents were able to pull the deal back together by forming a “non-federal entity” corporation — a move not without precedent[2] — with the project being overseen by the Federal Regulatory Commission.

Naturally, this rankled some members of Congress, which no longer has project approval. Although according to an Interior spokeswoman, Congress still has a role in “approving the tribal settlement, restoring land to the Klamath tribes, and providing irrigators with the tools to be more efficient in their water use before the basin is fully restored.”

Opponents have complained of meetings where attendees were forced to sign non-disclosure agreements and questioned the formation of the non-federal entity, which may not be subject to disclosure requirements. The timing has also been questioned, as drought-stricken California struggles with water-retention.

“This seems like a front company in a process designed to avoid public scrutiny and avoid open government laws,” the Richvale Republican said. “The (Obama) administration is moving forward with its goal of dam removal while ignoring the water supply issues that impact thousands of residents.”

However, Gravely said the dams weren’t built for water storage, nor is that a service that PacifiCorp provides.

–This story has been updated to include a cost estimate and Interior’s position on Congress’ role.