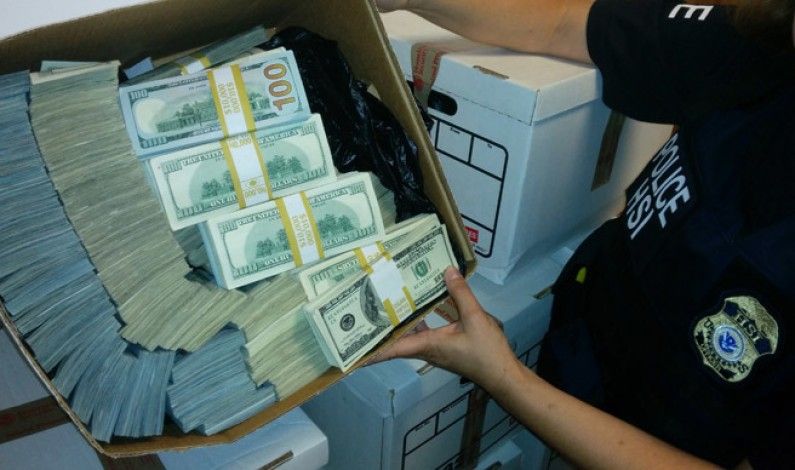 Lawmakers and civil-liberty groups are ratcheting up public support for a bill that closes a loophole allowing local law enforcement agencies to seize citizens’ property without a criminal conviction — a practice dubbed “policing for profit.”

Current California law already bars the practice of seizing property without a conviction for assets valued at under $25,000 and requires “clear and convincing evidence” of a connection to a crime for assets exceeding $25,000 in value.

Law enforcement can get around that if the seizure is done in coordination with federal law enforcement and 20 percent of the proceeds are kicked up to the federal government — yet often there’s not even an arrest because federal law doesn’t require it. Instead there’s just a suspicion that the property, not necessarily the person, is attached to some criminal activity.

People often get their property back, but after considerable time and hassle. Or sometimes they don’t. So the bill, sponsored by Sen. Holly Mitchell, D-Los Angeles, and Asm. David Hadley, R-Torrance, would close that loophole and require a conviction for seizure of assets of any amount. Proponents like Mitchell and others say the practice often violates the Fourth and Fifth Amendments.

“Our country and our state’s constitutions aim to protect the citizenry and this is a classic example of that,” Mitchell told CalWatchdog in an interview. “If folks love to promote the right to bear arms, I say we have the right to our own private property not being seized by law enforcement, (especially) when not even being charged with a crime.”

The program was designed to seize the assets of large criminal enterprises, toppling them in the process. But as budgets were cut, law enforcement saw it as a viable revenue stream, and the claims of abuse started piling up.

Some of the more egregious examples have been the attempted seizure[1] of a $1.5 million building in Anaheim because the landlord rented space to a medical marijuana dispensary (which was legal in CA), and the story of Bob Alexander[2], who had $10,788 in cash that he was about to use to purchase a car for his daughter before the money was seized in Mendocino County because he had medical marijuana on him (along with the doctor’s recommendation for the marijuana, which was shown to police).

Alexander did get his money back eight months later. No charges were ever filed.

Opponents of the bill argue that law enforcement doesn’t police for profit[3], and asset seizure is a vital tool used to cripple criminal organizations, partially by funding costly investigations. The California District Attorneys Association claimed the bill would[4] “deny every law enforcement agency in California direct receipt of any forfeited assets.”

“California’s asset forfeiture law will be changed for the worse, and it will cripple the ability of law enforcement to forfeit assets from drug dealers when arrest and incarceration is an incomplete strategy for combatting drug trafficking,” Sean Hoffman, CDAA’s director of legislation argued in a letter.

“Narcotics investigations are costly, and the California asset forfeiture law’s dedication of forfeiture proceeds to the seizing law enforcement agencies speaks to the serious resource needs involved when drug traffickers and their ill-gotten gains are pursued,” Hoffman added.

Revenue from the equitable sharing program exploded over the last decade as local agencies in California became more aware of the loophole and budgets were threatened as part of the recession. From 2002 to 2013, revenue from federal forfeitures (the ones that don’t need a conviction) tripled while revenue from state forfeitures (which often do require a conviction) stagnated, according to a study[5] by the Drug Policy Alliance.

And it pays. The LAPD was able to purchase a $5 million helicopter[6] with funds from its equitable sharing account.

While this doesn’t easily explain how property can commit a crime, it does explain why there are cases have names like U.S. v. $4,000 and U.S. v. White Cadillac, as reported by NPR[8].

On Monday, Mitchell will join Alexander, the American Civil Liberties Union and a local Black Lives Matter chapter outside the Capitol building to push for the bill along with another, which would make public the details of investigations into use of force incidents and confirmed cases of misconduct by police.

The bill died on the Assembly floor last year under massive pressure from law enforcement groups[9], but is eligible for reconsideration, so supporters are building momentum. The bill already passed the Senate, and it’s unclear where Gov. Jerry Brown stands on the issue.

The bill is supported by groups on both sides of the political aisle — Mitchell and Hadley penned an op-ed[10] last year. In fact, Grover Norquist, president of the conservative Americans for Tax Reform, came out in support of the bill[11] last week, giving additional cover to Republicans.

“In America, the Fourth and Fifth Amendments are supposed to protect our due process and property rights, civil asset forfeiture in its current form undermines these principles,” Norquist said in his statement. “This status quo in the Golden State is unacceptable.”

Late last year, momentum for the bill dissipated as the DOJ put on hold[12] the equitable sharing program. But just last week, the DOJ was “pleased” to announce[13] the program was back on.

Mitchell told CalWatchdog that she’s not against the program in general, just when it’s used to take property without giving due process to the owner. She said many of the reports she’s read about and heard about from voters scared her into thinking about how her and her mother could have run into similar problems on one of their many trips back from Vegas, where her mother would win jackpots playing slots.

“When I thought about it and began to hear the stories I realized that I could have been a victim,” Mitchell said. “The kinds of scenarios are so commonplace.”

She applauded state lawmakers who years ago added the conviction requirement, but said it’s time to take it one step further.

“California legislators stepped up years ago to change law, but it’s this loophole that continues to cause problems for Califorina residents,” Mitchell said.