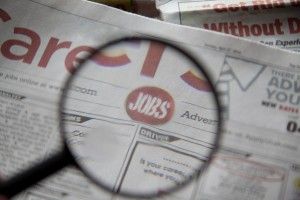 The annual “job-creator” and “job-killer” lists are out — 31 top priorities of the California Chamber of Commerce.

The pro-business group, which spent nearly $4.3 million in 2015 on lobbying in the Capitol, is primarily focused on[1] reducing “meritless” litigation for job creation. And there are a range of bills spanning oil production barriers, increased labor costs and barriers to affordable housing considered “job killers.”

CalChamber announced the 13th “job-creator” bill on Monday, having introduced the other 12 earlier this month. SB 1228[2] would help small businesses comply with state-mandated regulations and give a little relief from fines for failure to comply.

“The growth of small businesses in California is a key component to maintaining a strong economy,” Jennifer Barrera, a policy advocate for CalChamber, wrote in a letter of support for the measure. “SB 1228 will help ensure such growth by providing small businesses with the tools and resources needed to comply with California’s regulations.”

CalChamber didn’t fare very well with its job-creator list in 2015, going 2-12[3] with one more bill still bouncing around the legislature. Three bills suffered death by veto.

The “job-killer” list has not gotten off to a good start. It was introduced late last month and already one of the bills, an increase in the minimum wage, has been signed into law.

The 2015 “job-killer” list[4] fared much better, as only one of the bills was signed into law. The “job-killer” tag was removed from one bill, but CalChamber remained opposed.