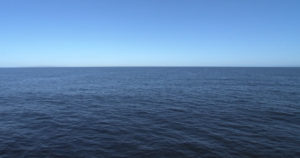 Despite stories to the contrary, there is no Texas-sized trash island floating in the Pacific, according to the National Oceanic and Atmospheric Agency.

While there is a Pacific Garbage Patch in the Pacific Ocean (apparently, there’s many of these patches throughout the global ocean), it’s not an island of trash, it’s difficult to see and it definitely can’t be walked on.

NOAA has tried debunking this myth since at least 2012[1]. But it doesn’t seemed to have worked since NOAA ran another blog post on Monday [2](plus, someone on Sunday told CalWatchdog about a “plastic island,” which prompted us to contact NOAA in the first place).

“Garbage patches have been wildly misrepresented in the media in the past, causing confusion on the subject and leading many to believe that there is a large “island of trash” in the Pacific Ocean—at least the size of Texas!— that you can walk around on,” wrote the NOAA Marine Debris Program on Monday[3]. “This is extremely far from reality.”

While there is certainly an issue of garbage collecting in the ocean, it’s mostly “microplastics,” which are pieces of debris less than 5mm in size that constantly get broken into smaller and smaller pieces but never fully break down, according to NOAA.

Because of the nature of the ocean and currents, the size of the garbage patch is constantly changing, making it difficult to accurately estimate its size.

The patch is also largely below the surface, all the way down to the sea floor. That, plus the size, makes cleanup all the more difficult, as it could be both cost prohibitive and harmful to the local habitat.

NOAA recommends a focus on cleaning up shorelines and preventing the garbage patch from increasing.

The whole trash island idea came from a man named Charles Moore, who spotted some floating debris on his return home from a sailing race in Honolulu, HI.

It’s easy to see how the story got distorted, since online there are even conflicting dates of Moore’s discovery. Wikipedia says[4] he saw the trash island in 1999, while most media reports say 1997.

The TED website said the trash pile is the size of two texases,[5] but CBS News[6] reported that Moore didn’t find “an overwhelming amount of trash.”

Natural News, which CalWatchdog wasn’t familiar with but considers itself “The World’s Top News Source on Natural Health,” reported in 2014[7] that researchers had found “an island completely made of trash, large and sturdy enough to walk on; and a piece of radioactive rope floating in the midst of the ocean.”

In 2014, Moore wrote in The New York Times [8]that the “world is awash in plastic.” He wrote that he’d just retured from a research trip to the Great Pacific Garbage Patch and compared to his last trip in 2009, he “was utterly shocked to see the enormous increase in the quantity of plastic waste.”

In 2015, a story in The Guardian [9]reported that a trash-mapping team found mostly large pieces of garbage in the garbage patch.