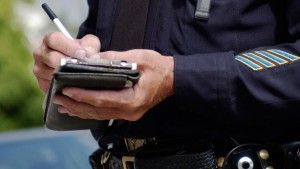 Solano County Superior Court fell under fire Tuesday from civil liberty groups demanding that judges stop suspending licenses of drivers without at least first determining if a driver has the ability to pay.

By the end of 2015, more than 1.9 million Californians, many of who whom are unemployed, disabled or homeless, had suspended licenses for failure to appear or failure to pay on citations, according to data provided by the coalition of groups, which includes the American Civil Liberties Union Foundation of Northern California.

During that time period, there were nearly 33,000 suspended licenses in Solano County for a combination of failure to pay and failure to appear in court, which is about 7.75% of the county’s total population. And more than 11,000 of those suspensions were solely for failure to pay, the coalition wrote in a letter on Tuesday to the Hon. Robert C. Fracchia, Presiding Judge of the Superior Court of Solano County.

In many instances, drivers receive an initial fine for some violation, with lots of additional fees tacked on. What was a $100 fine could be several hundred dollars and only swelling from there, sometimes escalating to thousands as payment is not made. This often leads to a suspension, which limits the driver’s ability to get to work and perpetuates the problem, the coalition argued.

“These non-safety related suspensions make it harder for people to get and keep jobs, harm credit ratings, increase county financial burdens in support of health and welfare and make it less likely that the court fines and fees will ever get paid,” the coalition wrote. “For low-income and indigent drivers, fines and fees create an insurmountable obstacle to the reinstatement of a driver’s license.”

The Vehicle Code permits suspension for failure to pay only if the driver does so “willfully,” which the group argued shouldn’t include “indigence or financial difficulties.” The group continued that drivers should be afforded due process protections, meaning drivers should be “heard on the element of ‘willfulness’ and their ability to pay.”

The coalition is asking that Solano County Superior Court cease the practice of suspending licenses for unpaid fines.

But assuming the court doesn’t immediately comply, the coalition demands the court give the offending drivers notification of the total amount of fines and fees due, of his or her right to a judicial determination of ability to pay, of any payment options available (including an installment plan) and of the possibility that the driver’s license may be suspended.

The Lawyers’ Committee for Civil Rights of the Bay Area, Legal Services for Prisoners with Children and the Western Center on Law and Poverty are working with the ACLU Foundation of Northern California in these efforts.

View this document on Scribd[3]
Endnotes: