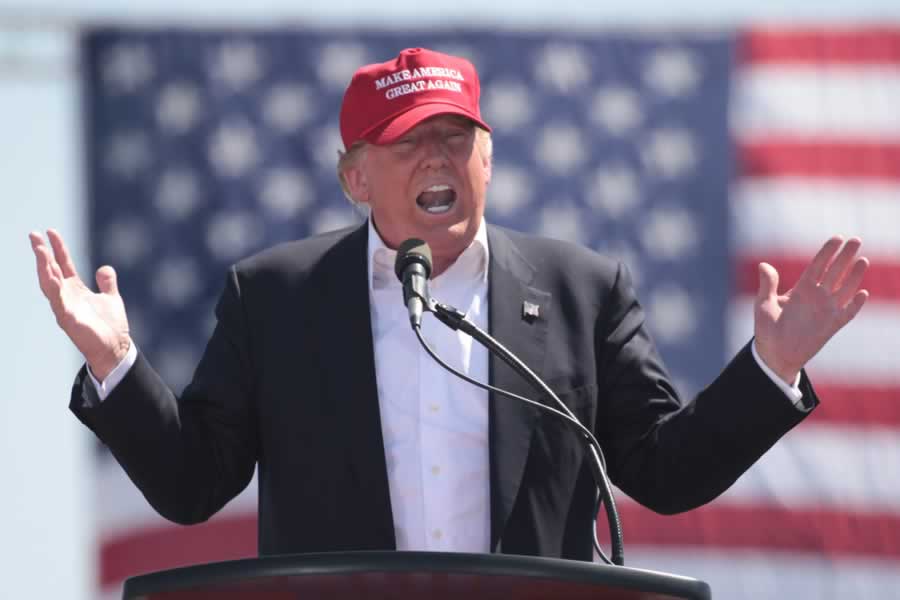 Fulfilling analysts’ growing expectations and leaving some Golden Staters in disbelief, California has emerged as perhaps the most decisive contest in the contest for the Republican nomination. The June 7 primary looms at a moment when Donald Trump, battered and flustered by a Ted Cruz ground game that has netted big delegate wins for the Senator even in states where Trump had performed well, has now leaped out to an intimidating lead in many new state polls, including California.

In short order, all three remaining GOP candidates will have descended on California. Each has a speaking slot at the state party spring convention. “Trump will speak at a lunch banquet the opening day of the state convention in Burlingame, on April 29,” the Sacramento Bee reported[1]. “Kasich will speak that evening, followed by Cruz the next day.” Expectations have already ratcheted up. In his first rally in state this month, Cruz predicted that California would “decide the Republican nomination for president.”

But the decision may not tilt Cruz’s way. A new CBS poll, for instance, showed Trump at 49 percent among Republican primary voters in California, with Cruz at 31 and John Kasich at 16. “At the race’s current pace, Trump would need a sizable win there — as well as strong performances in between — to clinch the nomination outright,” CBS concluded[2]. “The divergent views on the process and the division within the party are tied up with more than just strategic candidate attachments,” the network added, noting that Trump and Cruz supporters in California and New York and Pennsylvania, two other delegate-rich states around the corner, “see themselves as part of a movement, something larger than themselves and their vote.”

That ideological factor has threatened to fracture the California GOP to an even greater extent than it has already endured. Donald Trump used California’s struggles with immigration policy — and the state party’s — as fodder on the national campaign trail, depicting himself as the only Republican capable of shielding Americans from whatever security risks a relatively more generous immigration policy might pose. California Republicans have long been divided over how to approach unlawful immigration, with party leaders seeking to soften or moderate their stance amid protests from grassroots activists.

“Cruz’s campaign has been eying California as a linchpin in its strategy to reach the 1,237 delegates needed to win the GOP nomination — or at least keep Trump from hitting the same target. Cruz’s campaign is confident it can win the state, claiming in an internal memo last month that it was on track to receive at least 55 percent of the vote,” the Texas Tribute noted[3]. “Yet given its size and population, California could also hold promise for a candidate like Trump who tends to be more ubiquitous on the air than the ground.”

Trump’s late-in-the-game hiring of a California campaign director has fit the pattern of his slow or nonexistent response to Cruz’s diligent efforts. But the hire, Tim Clark, has raised eyebrows among longtime state observers. Clark “is a well-respected Sacramento political operative who has run statewide campaigns over the past two decades, including for Fresno Mayor Ashley Swearengin, a rising star in the California GOP,” the Sacramento Bee reported[4]. “He’s thrifty and sharp, too. Last year, Clark spent only $200,000 to help John Moorlach win an Orange County state Senate seat over an opponent who spent roughly four times that much.”

All three candidates have hoped to prepare for California by competing in New York’s approaching primary — which, like California, awards delegates proportionally, not winner-take-all. Even though Trump has sustained a daunting lead in his home state, around 50 percent, the Cruz and Kasich campaigns have recognized the value of racking up whatever delegates they can. “It is a system akin to California’s June 7 primary,” the Los Angeles Times observed[5], “thus offering a sort of dry run for the contest that will either settle the GOP nominating fight or provoke hand-to-hand warfare all the way to the July convention.”