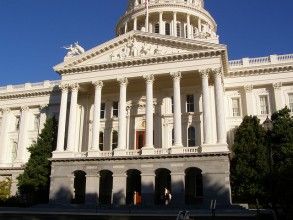 Last month, CalWatchdog reported[1] that the commission on state lawmaker pay was plagued by vacancies. This month, the California Citizens Compensation Commission had to cancel its annual meeting scheduled for Wednesday due to lack of quorum.

The seven members of the panel are supposed to represent a broad swath of the citizenry, so not having a full commission means not having full representation. But it also threatens the functionality of the CCCC.

Gov. Jerry Brown has the responsibility to appointment the commissioners. According to the state Constitution, “within 15 days of any vacancy, the governor shall appoint a person to serve the unexpired portion of the term.” The shortest current vacancy stretches longer than a year.

Brown’s office previously argued why the 15-day rule didn’t apply and restated its position on Wednesday. Brown’s office again declined to give “details regarding applicants for appointments,” which would include how many applicants there are and why the vacancies are so challenging to fill.

“It’s not uncommon for meetings to be canceled and rescheduled,” Brown spokesman Evan Westrup said Wednesday. “As you know, this particular commission is required to meet once a year, before June 30, and we expect the meeting will be rescheduled before then.”

Why does it matter?

The CCCC’s duty — which came out of a sweeping ethics reform package, Proposition 112, in 1990 — is to decide the pay and benefits of constitutional officers (like governor and attorney general) and state legislators. That package was aimed at giving regular citizens a measure of influence.

The 15-day window serves multiple functions. It ensures that there’s a functioning commission with a fully represented citizenry. It also prevents a governor from holding nominations until just before he or she leaves office and then packing the commission on the way out the door.

The general population seat is currently filled[2] by a wealthy and well-connected real estate developer in Stockton.

There was backlash against the CCCC over the last decade (under different commissioners), after salaries were reduced twice. One former legislator[3] fought a cut — an 18 percent reduction in salaries in 2009, which was nearly a $21,000 loss for legislators — by appealing to both Brown and the California Victim Compensation and Government Claims Board. Neither appeal was successful.

California has the highest paid state legislators in the country, according to the National Conference of State Legislators[4]. They are also paid well above the state’s median income[5] of around $61,084.

The two reductions were largely orchestrated by the former chairman Charles Murray, a holdover appointee from the Schwarzenegger administration. Murray stepped down[6] almost a year ago to the day.

Constitutional officers have increased/decreased at a different rate and have varied salaries.

View this document on Scribd[7]
Endnotes: