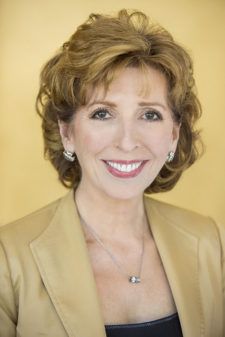 It’s growing difficult to imagine circumstances in which UC Davis Chancellor Linda P.B. Katehi — once considered a high-performing star who brought new resources and attention to her campus — will return to work from her present 90-day paid leave.

Last Monday, UC President Janet Napolitano reportedly told Katehi to quit or be fired. She cited evidence of abuse of power as well as a series of controversies about Katehi moonlighting without permission and her pursuing costly damage control efforts related to a campus police officer’s pepper-spraying of peaceful protesters at UC Davis in 2011.

But in another in a series of unusual [1]decisions, Katehi defied Napolitano, leading to her suspension. The electrical engineer’s strategy appears to be intended to force the university to pursue a formal investigation before it can move to oust her. While that inquiry gears up, Katehi and her allies have launched a public-relations counteroffensive, with her attorney claiming she’s being “scapegoated[2].”

Meanwhile, two UC Davis professors claim she is only the latest[3] UC woman executive to be a victim of sexism and double standards.

“Women in leadership positions are often the victims of intense implicit bias and, as a consequence, of the phenomenon of ‘single storyism’ — the reduction of their actions to a simple narrative that appeals to the biases of a broad section of society, in this case implicit gender bias and women being incompetent for their position. Whatever they say or do in response is twisted to fit the ‘single story,’” wrote Linda F. Bisson and Rachael E. Goodhue.

That claim may be tough to sustain, given that Napolitano is behind her ouster, with her name on the Wednesday letter [4]that outlined UC’s concerns:

In the letter, Napolitano said UC would investigate the employment of her daughter-in-law, including raises that boosted her pay by more than $50,000 over two and a half years. She also expressed concern about whether Katehi made “material misstatements” about her role in UC Davis spending $175,000 on an attempt to scrub online search results of negative stories about the school – and Katehi herself – resulting from the 2011 pepper spraying of students.

That’s from a Sacramento Bee round-up[5] of the problems that led to Katehi’s forced exit.

Katehi admirers unhappy about her woes

While the largest UC student group welcomed Katehi’s suspension after calling for her firing on April 15, the Bee noted that not everyone was happy. Many Sacramento business and civil leaders are admirers of what Katehi has done at Davis, 15 miles west of the state capital.

“Her proposal of a campus in downtown Sacramento is ground-breaking,” said Roger Niello, part owner of the auto dealership that bears his name, former state legislator and former president of the Sacramento Metropolitan Chamber of Commerce.

Niello said he has not spoken with Katehi since she was suspended, but emphasized how valuable an asset she has been for the campus and the area.

“I’ve always believed that our universities are two of our most valuable economic assets, especially UC Davis under Linda Katehi’s leadership,” Niello said.

Sacramento developer Mark Friedman echoed Niello’s view, saying he was concerned that if Katehi is forced out the next chancellor may be “more cautious, more inwardly focused” rather than reaching out to Sacramento.

“It would be a shame to lose her,” Friedman said. “She’s been a real advocate for having the university reach across the causeway and make Sacramento better.”

Katehi’s controversies have proven uniquely damaging. As the San Francisco Chronicle noted[6], the questions about her alleged improper behavior at UC Davis have prompted new interest in a scandal that unfolded during her years as provost at University of Illinois at Urbana-Champaign.

A 2009 Chicago Tribune investigation [7]of improper admissions at University of Illinois’ campuses didn’t name Katehi specifically. But it suggested top university executives worked with state lawmakers and university trustees to arrange acceptance letters for hundreds of politically connected students who didn’t meet admission standards. The Urbana-Champaign campus had the most students admitted under improper circumstances.