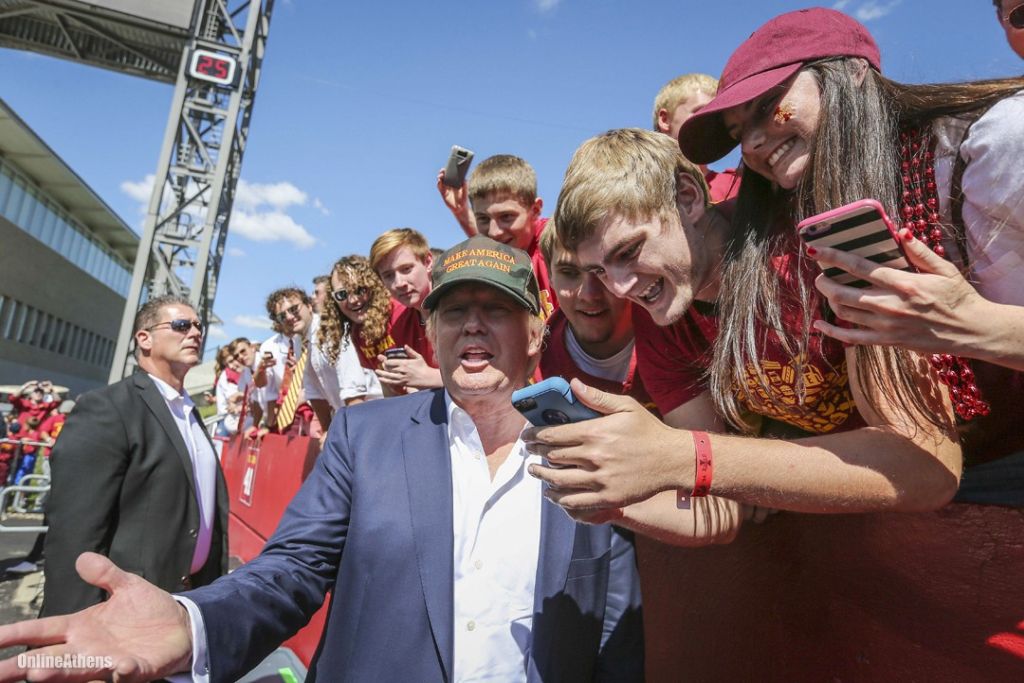 With Donald Trump riding high in statewide polls and Bernie Sanders committed to seeing through his youth-fueled campaign all the way to the convention, California has become a large and unlikely test case for how millennials might vote in the general election — both in terms of ideology and simple turnout.

Although anecdotal evidence has shaped a popular view of millennials as a dejected and politically disconnected generation, some data analysis has complicated that picture.

“Millennials in 2016 are significantly less likely to vote or try to influence others vote than were the ’80s generation in the 1987 survey, or the first wave of postwar baby boomers in 1967,” according[1] to the Washington Post. “But millennials display about the same level of political interest as the youngest generation did in 1987, and millennials contact local government and work with others in the community at essentially the same rates as did youth in the earlier surveys. And today’s youth are likely to get involved in protests or other political confrontations.”

The data and the anecdotes have been in closer accord when it comes to Trump. As the San Francisco Chronicle surmised[2], “having Trump at the top of the GOP ticket is political uranium, poisoning any hope that California Republicans had of seeming more palatable to women, millennials and Latinos[.]”

But in the Golden State, where the state GOP has steadily lost registered party members to decline-to-state voters, some millennials appeared to be surprisingly willing to consider Trump anyway. The split could echo the kind of divide that has emerged among Republican-voting Latinos. According to polling cited by the Chronicle, “about 26 percent of Latino Republicans back Trump, 33 percent are for Cruz, 4 percent back Ohio Gov. John Kasich, 27 percent are for another candidate or undecided, 6 percent refuse to answer, and 3 percent will not vote.” Millennials interviewed by the Orange County Register “agreed on this: The political system is broken, and partisanship isn’t helping. If shared by others of their generation,” the paper concluded[3], “that last agreement might matter a lot.” Pro-Trump millennials compared the candidate favorably to “a stick of dynamite” and a way out of “the left-right divide.”

In Santa Clarita — “one of the few strongholds of conservatism in a state dominated by Democrats,” as KQED noted[4] — the network found millennials at the College of the Canyons gravitating toward Bernie Sanders and Donald Trump. “The sentiment that is driving students” on the left “to Sanders is turning others,” whom the state GOP might otherwise bank their future hopes on, “toward Donald Trump.”

“As of the end of February, active registrants who were 18 to 29 years old in California made up 17.5 percent of registered voters in the state, according to an analysis by CIRCLE. They are outnumbered by older voters, who tend to vote for more mainstream candidates.”

Influential GOP stalwarts in California have found it hard to surmount the Trump insurgency, with many supporting Ted Cruz. Although the mogul has attracted a significant slice of younger Republicans disillusioned by the party’s national old guard — and the more mainstream candidates that have competed for the GOP nomination — broader trends have painted a picture of a generation with sharply decreasing enthusiasm for Republicans of any stripe. “The GOP is poised to permanently lose a generation of voters, and not (only) because of its odious and uncommonly disliked presidential front-runner,” the Washington Post’s Catherine Rampell suggested[5], referring to Trump. “New survey data suggest that young people have become increasingly averse to just about every plank in today’s creaky Republican Party platform.”

Heavyweight liberals, by contrast, have seized on the energy around Sanders as a way to leverage increased participation in the already Democrat-heavy state. “Young voters have a terrible record for actually going out to the polls, but billionaire environmentalist Tom Steyer thinks spending $25 million will change that,” Southern California Public Radio observed[6]. Steyer, one of the Democrats’ biggest spenders, underscored that the cash infusion would be spread across a number of battleground states — which inherently excludes California — but vowed that his organization will “be doing more in California than in any other state.”