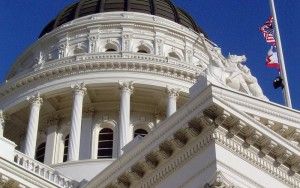 A ballot measure aimed at increasing legislative transparency crossed a vital threshold on Thursday and appears poised to be on November’s ballot.

The initiative[1] is a constitutional amendment requiring the Legislature to make available online the final version of a bill at least 72 hours prior to a vote on either the Assembly or Senate floor.

The measure would also require all open legislative meetings to be recorded, with the videos posted online with 24 hours. It also allows individuals to record and share their own videos of open meetings.

“Voters are making it clear that they are fed up with special interest legislation being passed in the middle of the night, without time for input or careful consideration of how new laws impact them,” Sam Blakeslee, a former state senator and one of the measure’s proponents, said in a statement on Thursday. “We look forward to seeing these common sense reforms become a reality when all Californians have the opportunity to vote for this measure at the polls this November.”

The measure is backed by Republican donor Charles T. Munger Jr. and is supported by right-leaning groups like the California Chamber of Commerce, Howard Jarvis Taxpayers Association and the National Federation of Independent Business and the left-leaning California Common Cause.

The most outspoken and public opponent of the measure is Democratic political strategist Steven Maviglio, who argues it’s just another “tool” for special interests to unravel legislative deals at the last second.

Maviglio points to the 2008 budget agreement, the 1959 Fair Housing Act, the 2006 climate change bill (AB32) and the 2014 water bond were all tough votes taken without 72 hours notice. This measure, he argues, would subject iffy legislators to attacks from special interest groups.

“Let’s not give special interests any more tools to prevent lawmakers from doing the right thing, whether it be unnecessary delays in enacting legislation or ways to demonize the Legislature,” wrote in The Sacramento Bee[2].