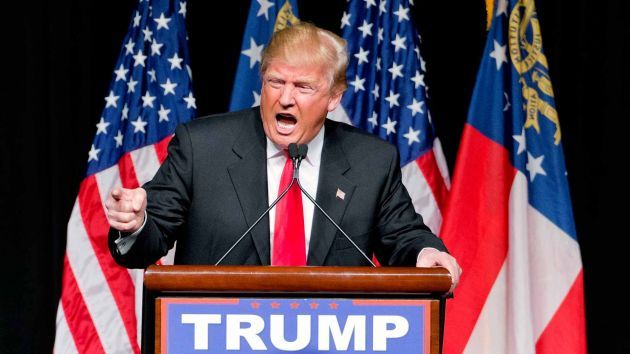 With an already unfavorable race to replace Sen. Barbara Boxer ramping up, analysts have cautioned the GOP that Trump’s evident lock on the nomination will likely reverberate throughout the balloting on Election Day. “Republicans are already struggling to make headway in the 34-candidate primary,” the Washington Post reported[1]. “The leading Democrats — Attorney General Kamala Harris and Rep. Loretta Sanchez — now are even more likely to advance to November, California political operatives said following Trump’s Indiana victory [May 3].”

“Polls have consistently shown Harris leading the California race, with one out this week putting her support at 29 percent, followed by Sanchez with 18 percent. The next closest competitor is Republican Tom Del Becarro, a former chairman of the California Republican Party, who drew 10 percent support in the KABC/Survey USA poll. Close on his heels are Ron Unz, a Republican activist with 8 percent and Duf Sundheim, a former state party chairman, with 7 percent.”

Continuing a pattern of controversy and minor chaos surround the campaign, Trump’s delegate slate sent several shock waves through California and beyond. Former Republican Assemblyman Bob Pacheco wound up on the slate through no effort or intention of his own, prompting Pacheco to warn the campaign not to expect his support.

And that was only the beginning. “The news comes the day after the revelation that a Los Angeles-area white nationalist had been named a member of Trump’s slate,” the Los Angeles Times reported[2]. “A Trump aide said William Johnson’s inclusion on a list of delegates submitted Monday to the California secretary of state’s office was an error. The campaign has since said Johnson and Pacheco will be struck from the delegate rolls.” The ordeals, according to the Times, entrenched the view among Trump’s Golden State adversaries that his ground operation was a shambles:

“In California, Katie Lagomarsino is Trump’s delegate coordinator. But according to public records and a person who knows her, Lagomarsino is a 22-year-old who was in the midst of studying for college finals as the delegate selection process took place. She worked briefly as an assistant at a Sacramento-based political fundraising firm.”

No consensus has emerged as to which GOP Senate candidate stands the most to gain or lose thanks to Trump. “The problem for the party is that the leading Republicans in the Senate race — former state GOP chairmen Tom Del Beccaro and Duf Sundheim, and physicist and entrepreneur Ron Unz — are essentially unknown,” the Associated Press noted. “Del Beccaro and Sundheim have struggled with fundraising, and it’s not clear how much money Unz will commit to the race from his own checkbook.”

But as state Republicans begin to line up behind Trump, the exposure problem could disappear fast. From Rep. Dana Rohrabacher to Rep. Kevin McCarthy, leading officeholders have pitched their support as a matter of party loyalty and political honor, as the San Francisco Chronicle observed[3]: “My fellow Republicans should grow up and admit that we have to do what the voters want to do, and we’re not in control, the voters are,” Rohrabacher said. Rep. Darrell Issa, who had earlier cautioned against nominating Trump, recently characterized anti-Trump diehards as members of “the consultant and donor classes, established opinion writers, think-tank officials and other Washington wise men.”

Given that landscape, Republican Senate candidates laboring for attention could find themselves with surprising opportunities to seize public attention. While the former chairmen could quickly rise to prominence by pitting themselves against the presumptive nominee, Unz could capitalize on the populist environment and present himself as offering all the disruptive advantages of Trump and none of the personality or policy-driven disadvantages.