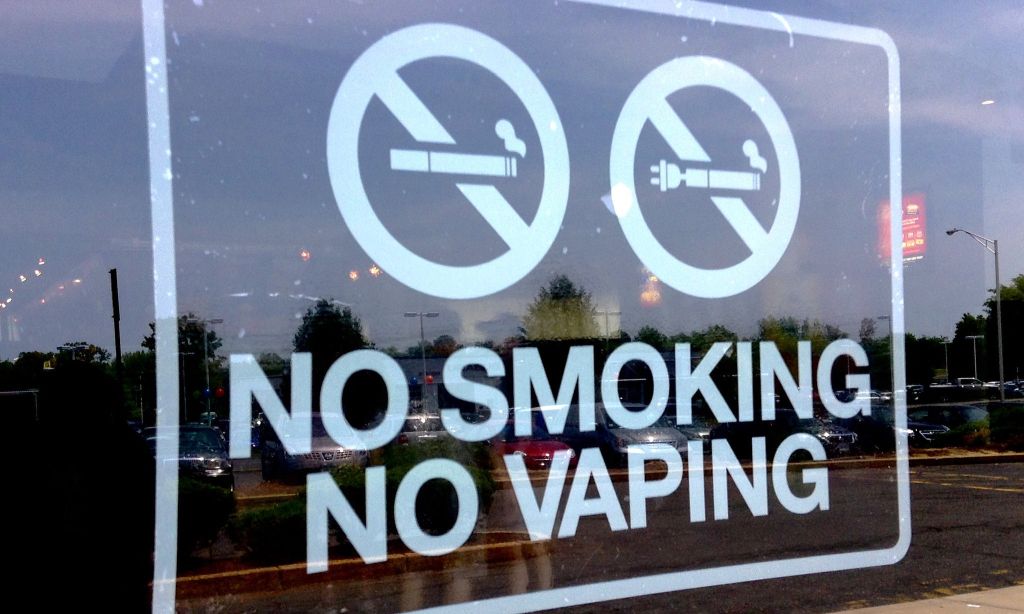 One bill will “raise the legal age to buy products from 18 to 21,” while another “dramatically tightens restrictions on e-cigarettes,” NPR reported[1]. “Anyone who gives tobacco or tobacco paraphernalia to someone under 21 could be found guilty of a misdemeanor crime,” the Associated Press cautioned[2]. “Under the new law, 18 to 20-year-olds will no longer be allowed to buy tobacco in California starting on June 9.”

So-called vapes have been incorporated into a crackdown critics said would make it harder for traditional smokers to find less harmful alternatives to tobacco. Applicable legislation now “defines e-cigarettes as tobacco products, barring their use in workplaces, schools, hospitals and on public transit,” according[3] to the Los Angeles Times. “The bill also requires vaping devices and liquids to be sold in child-resistant packaging. They also cannot be marketed to minors.”

Nevertheless, Gov. Brown did exercise some restraint around the issue of taxing smoking. He “vetoed a bill that would have permitted cities and counties to establish their own tobacco taxes,” NPR added, based on his discomfort level with the number of other tax hikes voters might usher in. “Although California has one of the lowest cigarette taxes in the nation, I am reluctant to approve this measure in view of all the taxes being proposed for the 2016 ballot,” said Brown in his veto message.

The new laws, Sacramento watchers noted, are themselves only the tip of the iceberg for public health-focused legislators. California State University and even community college students could soon be barred from smoking or vaping on campus. The legislation that would bar them, Assembly Bill 1594, “squeaked out of the 80-member Assembly on a 41-23 vote,” the Sacramento Bee reported[4], “with all but two of the votes against coming from Republicans and several Democrats not casting votes.”

Nationally, meanwhile, U.S. policymakers were poised to follow California’s lead, although the Golden State has become just the second state across the country, after Hawaii, to hike the smoking age to 21. (As the Associated Press noted, “more than 100 local jurisdictions around the country have made the change, including New York, Chicago and San Francisco.”) A new federal rule promulgated through the Food and Drug Administration will subject tobacco and classified-as-tobacco products to extraordinary new scrutiny. Going forward, “every e-cigarette on the market — and every different flavor and nicotine level — would require a separate application for federal approval,” according[5] to USA Today. “Each application could cost $1 million or more, says Jeff Stier, an e-cigarette advocate with the National Center for Public Policy Research and industry officials.”

Scientific research on the relative benefits of vaping have been mixed. But new studies conducted in the United Kingdom have led researchers there to reach a conclusion completely at odds with the emerging expert consensus in the U.S. In a new report, the Royal College of Physicians has endorsed vaping “as part of a ‘harm reduction’ strategy that encourages smokers to move to less dangerous forms of taking nicotine, the addictive substance in tobacco,” U-T San Diego recently reported[6]. “The advice contradicts conclusions from some researchers and American government agencies. These focus on getting smokers to quit entirely, or at least to use federally approved means of nicotine replacement therapy with the goal of totally quitting nicotine use. And results in other countries may not apply in the United States, they say.”

Tellingly, California’s anti-smoking legislators preserved one big carve-out for a certain class of smokers — military personnel age 18-20. “[B]efore you scream that you can fight for your country but you can’t light up,” the LA Weekly reported[7], as state Sen. Ed Hernandez, D-West Covina, admitted, “you can light up if you’re fighting for your country.”