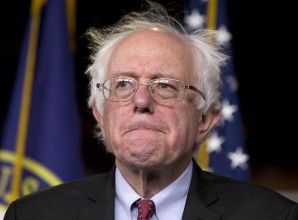 The conventional wisdom holds that primary turnout in California is generally weak unless there is a particularly contested election of note or a high-profile, high-stakes ballot measure. This June 7, with the presidential nominations largely determined for both parties, most observers have low expectations.

But the National University System Institute for Policy Research thinks we’re in for a surprise. The San Diego university recently released a policy brief[1] that predicts at least half of San Diego County residents will vote — up at least 13 percent from the June 2012 primary.

This is based on a huge surge in voter registration in the county — a development that has also been seen statewide, with similar implications.

“California is experiencing historic growth in new voter registrations; more than 850,000 voters have registered between January 1st and March 31st of this year. This registration figure is twice the total from January 1st to March 31st in 2012. As noted by elections analyst Paul Mitchell in Capitol Weekly, the last time the state voter rolls grew in the 18 months prior to a presidential primary election was in 1980,” the National University report said.

This influx of voters is “younger, more diverse and more Democratic-leaning,” the policy brief noted.

“Demographically, they largely fit the profile of Bernie Sanders supporters,” Vince Vasquez, senior policy analyst at National University System Institute for Policy Research, told KPBS. “How many will vote down ticket, and what are the campaigns doing to appeal to these new voters? We’ll find out on election night.”

The report doesn’t speculate on why voting might be higher than normal. But the Obama campaign’s successful “microtargeting” of voters in 2012 is seen as having created new ways to reach and lobby younger voters. In the last month before the 2012 election, the Obama campaign unveiled a new tactic that it credited with leading to a surge in youth voting. Time magazine’s election post-mortem[2] had details:

Half the campaign’s targeted swing-state voters under age 29 had no listed phone number. They lived in the cellular shadows, effectively immune to traditional get-out-the-vote efforts. … But the Obama team had a solution in place: a Facebook[3] application that will transform the way campaigns are conducted in the future. …. “I think this will wind up being the most groundbreaking piece of technology developed for this campaign,” says Teddy Goff, the Obama campaign’s digital director.

That’s because the more than 1 million Obama backers who signed up for the app gave the campaign permission to look at their Facebook friend lists. In an instant, the campaign had a way to see the hidden young voters. Roughly 85% of those without a listed phone number could be found in the uploaded friend lists. What’s more, Facebook offered an ideal way to reach them. …

The campaign called this effort targeted sharing. And in those final weeks of the campaign, the team blitzed the supporters who had signed up for the app with requests to share specific online content with specific friends simply by clicking a button. More than 600,000 supporters followed through with more than 5 million contacts, asking their friends to register to vote, give money, vote or look at a video designed to change their mind.

This social media-access access often appears to lead to increasingly “pure” liberal views and is reflected in Sanders’ huge lead over Democratic frontrunner Hillary Clinton among voters under 30.

Meanwhile, the Washington Post reported [4]Thursday that another candidate besides Sanders may be bringing out California voters: Donald Trump.

Donald Trump’s presidential campaign is spurring a record number of citizenship applications and increases in voter registration among Latinos upset by the candidate’s rhetoric and fearful of his plans to crack down on immigration. ….

In California, the number of Hispanics registering to vote doubled in the first three months of this year compared with the same period in 2012, according to state data.