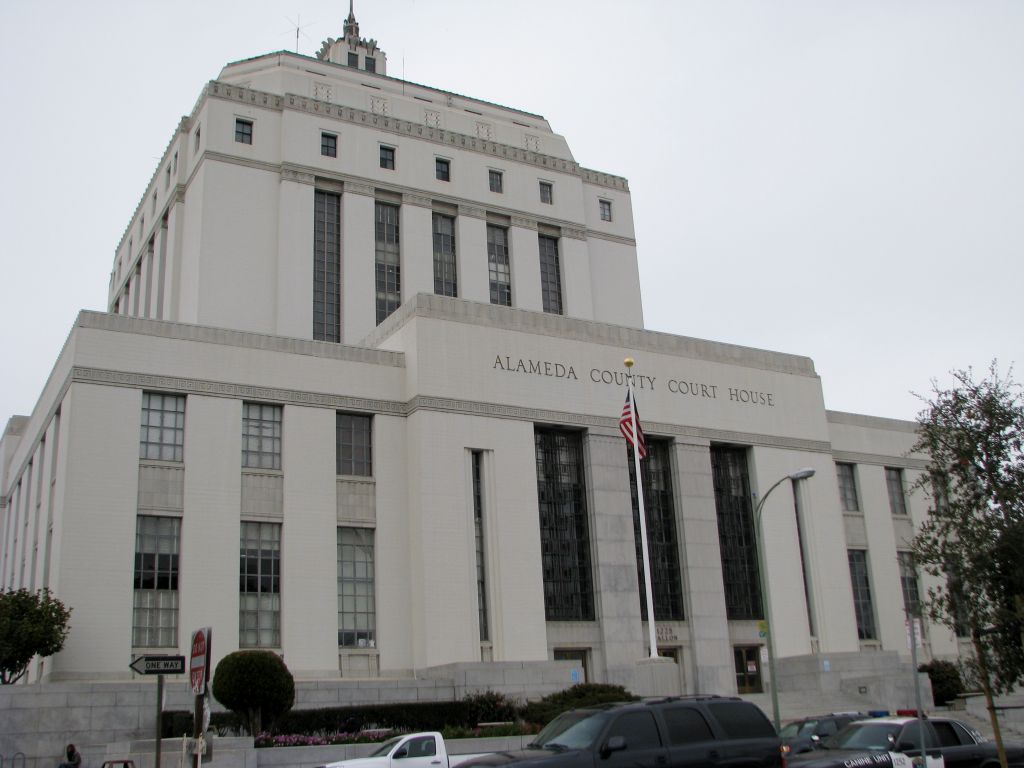 Touching off another national controversy centered around California, the Federal Bureau of Investigation was discovered to have concealed video and audio monitoring devices around a courthouse in the San Francisco East Bay five to six years ago.

“Federal agents planted hidden microphones and conducted secret video surveillance at Alameda County’s Rene C. Davidson Courthouse for ten months, despite having no court warrant,” the East Bay Express noted[1]. “The surveillance operation was part of an investigation into alleged bid rigging at foreclosed property auctions where thousands of houses and apartment buildings were sold by banks. But defense attorneys for some of the individuals accused say the FBI’s surveillance tactics violated their clients’ constitutional rights, and everyone else whose conversations might have been captured on tape.”

“The government’s unauthorized use of recording devices to capture private conversations at the Alameda and Contra Costa County courthouses violated defendants’ Fourth Amendment rights to be secure against unreasonable searches and seizures,” according to lawyers representing powerful Oakland landlord Michael Marr, as the ABA Journal observed[2]. “Private affairs are routinely discussed as citizens, their lawyers, and even judges walk to and from court, and lawyers often take clients aside outside the courthouse for privileged conversation.”

Marr’s lawyers have had an incentive to swing for the fences. The FBI raided their client’s offices in 2011, and he was indicted, along with 11 other regional investors, by a 2014 federal grand jury. “Dozens of investors in Northern California already pleaded guilty to organizing similar bid-rigging schemes at foreclosure auctions,” according[3] to the Express. “But Marr and his associates insist they are innocent, that he’s a federal scapegoat instead of going after the banks.”

The blockbuster allegations threw into some question the wisdom behind the FBI’s determination to acquire through secretive means the kind of information they might have gathered more traditionally. “At one of the auction locations, in San Mateo, the FBI actually had cooperators who were willing to wear wires to record their conversations with other real estate investors,” Fusion reported[4]. “But the FBI wanted even more evidence, so it decided to bug public areas at the three courts where auctions were taking place over a period ranging from 2009 to 2011.”

“They placed recording devices in vehicles around the courthouses, in lights near the entrances, in a planter, in a sprinkler, in a bus stop near the courthouse, and in a “backpack placed next to a statue situated inside the Alameda County Courthouse,” according to a letter written by a prosecutor that detailed the recordings.”

Remarkably, the FBI had set up the surveillance only after checking in with the County Sheriff, not securing the approval of a judge. Although Marr’s lawyers asked the court to consider that the FBI actually recorded public conversations feloniously — California being a so-called “two-party consent” state — state law has also imposed “a fairly broad ‘public area’ exception, which would cover courthouse steps and bus stops,” according[5] to Techdirt. “But that interpretation of the state’s wiretap law exceptions may be subject to the government’s interpretation of public spaces from its 1967 Katz decision, which would grant hushed conversations in public an expectation of privacy.”

The Bureau has been on thin ice in California since pressuring Apple to unlock a cellphone involved in the San Bernardino terror case. “The FBI served Apple with a court order in February compelling the company to help break into an encrypted iPhone” used by one of the San Bernardino shooters, the San Francisco Chronicle recalled[6]. “Apple resisted, and the FBI dropped the case last month after saying it bought a tool from a private entity it hasn’t identified to break into the phone. State and local law enforcement agencies say they have hundreds of encrypted iPhones that they could use the FBI’s help getting into.”