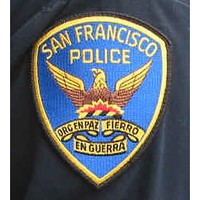 The abrupt May 19 resignation of San Francisco Police Chief Greg Suhr after police Sgt. Justin Erb shot and killed Jessica Williams, an unarmed African-American woman fleeing in a stolen car, drew national and international[1] attention to the city’s Police Department. Its officers are accused of callously killing minority crime suspects and homeless people and some have been embroiled in a scandal for more than a year involving racist and homophobic text messages.

In the normal dynamics of government scandal and dysfunction, leaders identify a problem and work to address it, seeking to win media and public approval. But what’s going on in San Francisco reflects the normal dynamics of law-enforcement scandals. Police officers who feel underappreciated — even besieged since the Black Lives Matter movement began in 2014 — push back hard[2] at the idea that they’re doing something fundamentally wrong, even when it comes to police killings of unarmed people.

The San Francisco Police Officers Association denounced Mayor Ed Lee’s decision to ask Suhr to quit. “His retirement under pressure is an extreme loss to the department and the city,” a union statement said. “Chief Suhr, at the core, was and always will be a cop’s cop and dedicated to the men and women who don the uniform every day to serve and protect.”

This attitude doesn’t bode well for interim Police Chief Toney Chaplin, who told reporters that his agenda was “reform, reform, reform” because “the department has to move forward.”

But despite the praise for Suhr from the police union, the fatal May 18 shooting of the stolen-car suspect was one more example of his lack of control over his department. Suhr has long implored officers not to shoot into fleeing cars. The police union had also criticized his response to the text-message scandal, including his demanding that officers sign a pledge essentially promising to not be bigots.

There are presently 18 police officers accused in the texting scandal. While police union president Martin Halloran condemned “the appalling racist behavior committed by a handful of officers,” he also said the police union would closely scrutinize the disciplinary process to ensure it “protects the due process rights of the officers.”

Those right are so strong that it is often difficult to fire a police officer in California unless he commits a crime or acts in egregious ways with indisputable evidence. It’s also difficult to even find out about officer misconduct, as the Los Angeles Times reported [3]in April.

Nearly 40 years ago, California took its first steps to shield police misconduct from the public when Gov. Jerry Brown signed a law in his first term restricting details of officer personnel files from disclosure. A 2006 California Supreme Court decision went further and extended the law’s protections to cases in which civil service commissions weighed in on officer discipline. Today, almost all details about misconduct — including cases in which police officers were found to have used excessive force, engaged in racial profiling or lied on the job — are kept secret outside of court, administrative or civilian review board proceedings.

And although 23 states keep most public employee personnel records confidential, California is one of just three to provide specific protections for police information, according to a recent investigation by WNYC, a public radio station in New York.

Partly in response to the problems in his home town, Sen. Mark Leno, D-San Francisco, introduced SB 1286[4] that would open up police records in cases of “serious misconduct.” It passed an initial Senate committee vote last month, but then died[5] without a second vote on Friday.

But as Conor Friedersdorf reported [6]last August in The Atlantic, many police reform efforts have been launched in the Golden State only to go nowhere.

What’s next in San Francisco?

Meanwhile, Mayor Lee is facing pressure from the most liberal members of the city’s Board of Supervisors to go after bad cops. Supervisor Jane Kim, a rising star in city politics, has been pushing for change for more than four years[7] and now has more support than ever.

But the police union thinks that Lee has already done too much to address police controversies.

On May 26th Mayor Ed Lee made some very disturbing remarks to the San Francisco Chronicle. These comments were directed at the SFPD Sergeant who was forced to discharge his firearm in the Officer Involved Shooting last week. The Mayor’s remarks were prejudicial and irresponsible. The POA has always responded to misinformed politicians who make such inflammatory statements and the Mayor is no exception.

Meanwhile, the U.S. Justice Department continues its investigation of the San Francisco Police Department, launched in February[9]. It’s not clear when the federal probe will conclude.