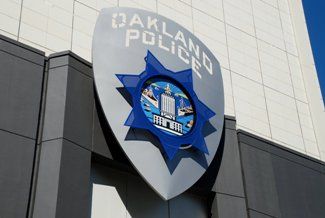 Less than a month after San Francisco Police Chief Greg Suhr was forced[1] out because of misconduct by his officers, a new police scandal has hit neighboring Oakland and other local law enforcement authorities as well.

According to interviews with the victim, elected officials, and sources close to OPD, in addition to documents obtained by the Express, at least 14 Oakland police officers, three Richmond police officers, and four Alameda County sheriff’s deputies had sex with the girl who goes by the name Celeste Guap. (The Express is not publishing Guap’s real name because she was a sexually exploited minor when the abuse began.)

Three Oakland police officers [allegedly] committed statutory rape of Guap when she was under-age. She says all of the law-enforcement agents who had sex with Guap knew she worked as a sex worker.

According to text messages between police officers and the victim, at least three OPD officers leaked her confidential information about undercover prostitution stings. One Oakland cop obtained police reports and criminal histories and shared them with the victim, which is against department policy.

Guap also said she slept with cops as a form of protection.

Other news agencies scrambled to corroborate the account. The Associated Press reported that four Oakland officers are on leave because of their dealings with the sex worker.

Meanwhile, the young woman at the center of the case gave an on-camera interview to KPIX in which she repeated the allegations the Express reported.

She only named one officer, however: Brendan O’Brien, an Oakland patrolman who committed suicide in September 2015.

O’Brien’s suicide spurred on the internal investigation[3] of officer misconduct whose details have been emerging for the past month.

In San Francisco, Police Chief Suhr was willing to defend most of  his officers even as allegations grew. But in Oakland, officials described themselves as shocked and heartsick — and prepared to clean house.

“The Police Department is supposed to protect those young kids,” Councilman Larry Reid told The Los Angeles Times. “As a father with four daughters – that something like this could occur in our city and with some members of the Oakland police – it makes me sick to the stomach.”

“We continue to be disgusted and outraged by the idea that anyone could abuse an underage victim of sexual exploitation – particularly those who have sworn to uphold the law and protect our communities; we are sickened to think anyone could even know of such abuse and not bring that information forward,” Mayor Schaaf said in a prepared statement.

“To think that officers were engaged in the sexual exploitation of a child: It’s heartbreaking,” City Council President Lynette Gibson McElhaney told the Bay Area News Group. “And if it’s true, it’s criminal, and they should be prosecuted.”

While not offering broad corroboration of the Express scoop, the Mercury-News reported[4] Sunday that Schaaf demanded Whent’s resignation because of her belief he had badly botched the investigation. It also reported an unusual detail: Guap had contacted the police chief’s wife, Julia Whent, via Facebook in June 2015 and that she knew Guap was dating an officer.

What makes the Oakland scandal particularly embarrassing is that the local police force is in the 13th year of having a federal monitor review its activities because of past officer misconduct. In 2012, “Oakland became the first U.S. city Wednesday to willfully surrender authority over its command staff to a court-appointed director,” the Oakland Tribune reported[5].

The new scandal would appear to raise basic questions about the value of this extended federal oversight.