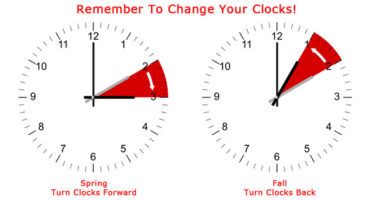 The time has come to do away with daylight savings in California, according to Assemblyman Kansen Chu, D-San Jose.

Chu’s bill[1] to ask state voters if California should become the third state to opt out of changing the clocks once in the spring and once in the fall to maximize after-work daylight hours in warmer months won its first committee vote this month. He is optimistic about his chances.

The reason the move has to be ratified by state voters instead of just being imposed through the legislative process is because daylight savings time is mandated in California by a 1949 ballot measure. Proposition 12[2] was sold to voters with expansive arguments — that it would reduce juvenile crime, industrial accidents and car wrecks, and help agriculture and save water.

Chu questions such claims and notes that daylight savings time could lead to more energy use because of air conditioners being used by 9-5 workers who get home while it’s still hot. He also cites evidence that time changes are associated with accidents and health problems.

One argument cited by daylight savings fans in northern, colder states doesn’t hold here, especially in Southern California. It’s that since it’s cold most of the year and the sun goes down by 4 p.m. for several months a year, residents get a chance to maximize their time to go outside while it’s warm.

But California has one of the nation’s mildest climates, at least among the most populated communities near the coast. And the closer one gets to the equator, the less difference there is between length of day in the summer and in the winter.

These arguments explain why Hawaii has never had daylight savings time since achieving statehood and why Arizona lawmakers voted to opt out[3] of daylight savings in 1968 in their warm state — though Arizonans also emphasized the point Chu makes about air conditioning.

The bill, AB385[4], passed a Senate committee on a 9-2 vote, overcoming criticism from Sen. Connie Leyva, D-Chino, who said she looked forward every spring to the arrival of daylight savings. Assembly Speaker Anthony Rendon, D-Lakewood, told the Sacramento Bee that he liked the “variety” provided by daylight savings.

The state Senate Appropriations Committee will take up the bill next, but a hearing has not been scheduled yet.

AB385 passed the Assembly unanimously last year. But that was when it was a mundane measure[5] addressing how local governments deal with solid waste. Chu gutted and amended the bill to use it as a vehicle to target daylight savings. The new version will get a new Assembly vote at some point in coming weeks, unless Rendon decides to use his authority as speaker to sideline it.

To become law, the measure needs to be approved by two-thirds of the Assembly and two-thirds of the Senate, then by signed by Gov. Jerry Brown. If that happens quickly enough, it could join one of the most crowded ballots in state history, with 18 or more initiatives expected to be put before voters in November.

A 2014 Rasmussen national poll[6] of 1,000 Americans found 43 percent opposed to continuing with daylight savings. In an online, unscientific poll this February on the Sacramento Bee website[7], over 80 percent of voters backed California ending daylight savings.

Obviously, humanity has to count time — it’s one way we make order of our chaotic existence. But daylight saving time runs opposite to this idea: It …  literally creates chaos: Car crashes, workplace accidents, and even heart attacks are more likely to occur on the first Monday after daylight saving time than on most other days of the year. And it doesn’t even save energy or help farmers, both of which are common misconceptions. Why the hell are we even observing this tradition? …

So, congratulations to California for questioning societal norms and pushing us toward a more efficient future. It’s nice that in a world that increasingly feels like “House of Cards,” there’s a pocket of political activity that more resembles “The West Wing.” Take a bow, Assemblyman Kansen Chu. This is the type of sweeping reform that young political activists everywhere dream of.