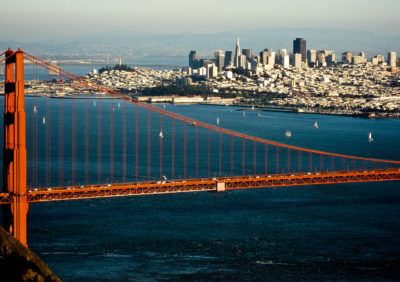 Recent attention has focused on the Oakland Police Department scandal[1], in which evidence shows several officers took advantage of a young prostitute. But across the bay, the tension between police and community leaders keeps building in San Francisco one month after Police Chief Greg Suhr was forced from office.

The affluent city has been roiled three times since December by cases where police fatally shot[2] criminal suspects who didn’t appear to be an immediate threat to police or others nearby.

One consequence was the local Black Lives Matter branch pulling out of the signature event of the Gay Pride weekend in San Francisco over reports that police were going to have a higher presence because of post-Orlando massacre fears.

Black Lives Matter, which was to be an organizational grand marshal for the parade themed “For Racial and Economic Justice,” cited concerns over the San Francisco Police Department’s “recent track record of racist scandal and killings of people of color” and how first responders can be a source of harm to “queer communities of color.”

“The Black Lives Matter network is grateful to the people of San Francisco for choosing us, we choose you too,” said Malkia Cyril, a member of Black Lives Matter, in a press release. “As queer people of color, we are disproportionately targeted by both vigilante and police violence.”

That’s from an account[3] in the Los Angeles Times.

This weekend flap came after the San Francisco Police Commission took an extraordinary step [4]last week to impose formal limits on officers’ use of force.

The amended policy calls for the use of “minimal” force in dealing with suspects, not “reasonable” force, which is the standard with the blessing of the U.S. Supreme Court. It also formally underscored the importance of officers using “de-escalation” techniques in incidents with members of the public that appear to have the potential for violence.

In negotiations with the ACLU, city leaders, the Public Defenders Office and other community groups, the San Francisco Police Officers Association strongly objected to the “minimal” force requirement. But the police union ended up agreeing not to oppose the change — for now.

The union has already emphasized it will never agree to a ban on the use of carotid restraint holds or to sharp new limits on shooting at moving vehicles.

This matters because collective bargaining laws still give the police union the chance to affect final policies.

Police may stop doing ‘anything but taking reports’

The fatal shooting of an unarmed criminal suspect in mid-May led to Police Chief Suhr’s forced resignation and his replacement on a temporary basis by one of his top aides, Deputy Chief Toney Chaplin.

San Francisco Chronicle columnists Phillip Matier and Andrew Ross, who have broken many key stories in police controversies in recent years, released a report[5] that may make it difficult for SFPD to attract a high-profile replacement in a nationwide search.

Morale is so bad among officers convinced that they are being treated unfairly that it could soon affect everyday policing, Matier & Ross wrote.

“The fear is, they aren’t going to do anything but taking reports,” an unnamed San Francisco police union official told the columnists.

Since the protests in Ferguson, Mo., in 2014 triggered sharp, sustained criticism of police behavior, crime has gone up in several U.S. cities. The cause or causes are a matter of much dispute. But a National Institute of Justice report[6] this month said it was plausible to see the post-Ferguson criticism affecting how police did their jobs.