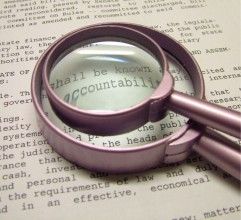 A war of words erupted in recent days between the proponents of a transparency ballot measure and Assembly Speaker Anthony Rendon, after members of the Legislature and legislative counsel dismissed the measure as full of “ambiguities” and introduced their own watered-down versions.

In a scathing letter, the Lakewood Democrat accused the measure’s proponents of allowing their “passion” for the measure “blind” them to the “shortcomings that may be obvious to others,” painting them as unwilling to work with the Legislature.

“It is unfortunate that you have become entrenched in a patently defensive, inflexible, and ultimately unproductive position, which has impeded the Legislature’s good faith efforts to help you develop a superior legislative transparency measure for voter consideration,” Rendon wrote.

But Hold Politicians Accountable — the committee formed by former Republican legislator Sam Blakeslee and Republican donor Charles T. Munger, Jr., backing the California Legislature Transparency Act — fired back that the measure was “refined by three distinguished attorneys, including a Constitutional scholar” and independent vetting by cosponsors, none of whom found fault.

Last week, a spokesman for Hold Politicians Accountable told CalWatchdog that the versions of the measure in the Legislature are “not palatable.”[1]

Rendon stressed a sense of urgency with the bills, with a rapidly approaching deadline for the Legislature and the CLTA proponents to work out a deal.

But Blakeslee and Munger argue that early February, when the initiative became eligible for a legislative hearing, was the time for legal analysis and negotiations “in a spirit and time frame that is conducive to collaborative rather than adversarial integrations.”

Instead, they pointed out, the first hearing was held June 15 — CLTA proponents received legislative counsel’s 10 concerns six hours prior — just 15 days before the June 30 deadline.

The CLTA is a constitutional amendment requiring the Legislature[2] make available online the final version of a bill at least 72 hours prior to a vote on either the Assembly or Senate floor. It would also require all open legislative meetings be recorded with the videos posted online within 24 hours and would give permission to individuals to record and share their own videos of open meetings.

What’s the alleged problem with the CLTA?

Legislative counsel argues that there are 10 “ambiguities” in the CLTA language, but the proponents argue that the first three are still found in the Legislature’s version of the transparency measure. One of the legal reviews sought by the CLTA’s proponents dismiss legislative counsel’s concerns as lacking merit.

“The referenced claims of ambiguity have no merit, and in many cases, are downright frivolous,” wrote Daniel K. Malloy, a partner at a private law firm who previously served as both an associate justice on the California Court of Appeal, Third Appellate District, and counsel to former Gov. Pete Wilson.

By law, the Legislature has to hold hearings[3] on ballot measures after they’ve reached the 25 percent mark in signature gathering.

The letters from legislative counsel and the independent reply are attached.