CA Democrats line up to back marijuana legalization 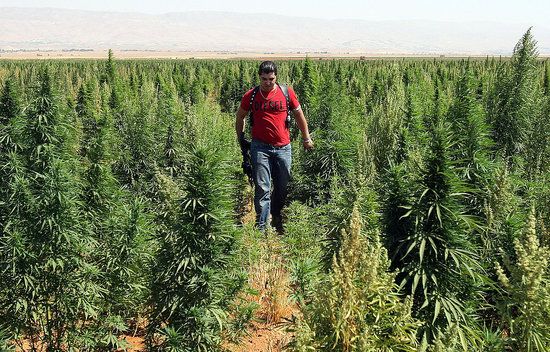 The executive board of the California Democratic Party has endorsed recreational marijuana, throwing its support behind the ballot measure that has won the support of Lt. Gov. Gavin Newsom.

Meeting recently in Long Beach, the board voted in favor of the Adult Use of Marijuana Act, which “would legalize holding up to an ounce of weed for those older than 21” without any medical allowance or qualification, LA Weekly observed[1]. “If it passes, cannabis could be grown, produced and sold under strict regulations already headed for the medical marijuana market. And it would tax cultivation and sales at a rate of 15 percent.”

On pot, many California Democrats have remained further to the left, or libertarian, than party leaders nationwide. Presidential candidate Bernie Sanders, D-Vt., supported recreational marijuana in his home state as well as the Golden State. At a rally in San Jose, Sanders — “the only presidential candidate to call for descheduling marijuana under federal law,” as MerryJane.com observed[2], told crowds, “If I lived in California, I would vote ‘yes’ to legalize marijuana.”

But even in California, many Democrats have been slow to move toward recreational marijuana. At a recent pro-legalization event, “Newsom reminded the audience that even though all of California’s elected statewide officials are Democrats, he is the only one that supports legalization,” the San Francisco Chronicle reported[3]. “Newsom said that while polling has been strong in recent weeks, including a Public Policy Institute of California survey last month that found 60 percent support for legalization, there are rumors every day of a deep-pocketed donor popping up for the opposition.”

Recreational pot advocates have identified several minor issues where state Democrats’ interests have not fully aligned with those of the legalization movement. “There are only a few parts of the initiative that have Democrats worried — one being the potential for increase in accidents involving cannabis in the states of Colorado and Washington, who have both had legal marijuana programs running for a couple of years now,” according[4] to Marijuana Times.

The day after she secured a first-place finish in the primary election to replace outgoing Sen. Barbara Boxer, Attorney General Kamala Harris specifically cited the safety issue in qualifying her stance on the ballot initiative. “I am not opposed to legalizing marijuana, but there are some details we need to figure out, including how we are going to test impairment when one is under the influence of marijuana,” she said, according to the Chronicle.

What’s more, as the Marijuana Times added, “individual cities and counties will have the option to opt out of the commercial end of legalization. By not allowing cannabis sales and cultivation, these areas will leave people legally allowed to possess cannabis but no way to purchase it without going to the next city or county over.” (In another sign of hesitance among top California Democrats, Sen. Dianne Feinstein chose not to side with the majority in a banking committee vote to approve banking access for the marijuana business. She was the only Democrat to do so, as Marijuana.com noted[5].)

California cities have also recognized the opportunity to add municipal taxes atop what the state will take from marijuana sales. In San Diego, City Councilman Mark Kersey led the council “toward placing a measure on the November ballot that would impose an 8 percent tax on gross receipts from recreational marijuana sales to pay for increased city costs, starting with police,” as U-T San Diego reported[6]. “The council would be able to increase the tax as high as 15 percent but not tax medical marijuana sales.”