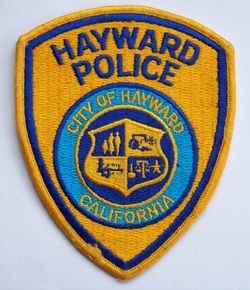 While California has strong government openness laws, some public agencies still seek to place obstacles to obtaining public information. A common tactic is to agree to provide records but only if those requesting the information pay heavy fees to cover processing costs.

But now a Bay Area judge has issued a ruling [1]rebuking the city of Hayward and its police department for this practice. The case stemmed from the National Lawyers Guild’s request for footage from officers’ body cameras as they helped patrol a contentious overnight Black Live Matters protest [2]in Berkeley on Dec. 6-7, 2014 — a request police complied with after the guild paid $3,247. Police justified the high cost by saying the footage had to be carefully examined and redacted.

That led to a lawsuit filed by the ACLU of Northern California and the Law Offices of Amitai Schwartz that culminated recently with a terse decision by Alameda County Superior Court Judge Evilio Grillo.

“The CPRA [California Public Records Act] and the related provisions in the California Constitution demonstrate a strong policy that the public should have prompt and low-cost access to public records,” Grillo wrote. Hayward and its police agency erred in its fee request by not only billing the guild for the direct costs associated with duplicating records but costs of “ancillary tasks necessarily associated with the retrieval, inspection and handling of the file from which the copy is extracted.”

Grillo’s ruling was called precedent-setting by the ACLU. It parallels a Milwaukee police case in which the Wisconsin Supreme Court ordered[3] the city police agency to stop charging for redaction in public records requests.

Grillo ordered the Hayward police department to refund all but $1 of the $3,247 bill, with the $1 covering the cost of the DVD onto which the body camera footage was copied.

In November, the National Lawyers Guild sued the city of Berkeley[4] on behalf of 11 plaintiffs over the conduct of its police force and the neighboring agencies which helped respond to the large protest. The suit alleges indiscriminate use of tear gas, rubber bullets and batons against protesters who were responding to the clearing of a white New York police officer in the chokehold death of Eric Garner, an unarmed black man who was caught on video telling police “I can’t breathe” before dying.

Berkeley police officials have already formally acknowledged doing a poor job during the protest. In June 2015, the department submitted a report to Berkeley’s Police Review Commission with 32 recommendations, “including improving the officers’ awareness of developing situations, making deployment of police resources more efficient and increasing the quality of equipment for communication with protesters,” the Daily Californian reported[5].