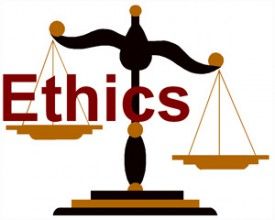 After 42 years of regulating the state’s political ethics, with countless updates and tweaks, the Political Reform Act is due for an overhaul — and stakeholders are set to begin the process next week.

On Thursday, July 14, Fair Political Practices Commission Chair Jodi Remke and John Mayer, president and CEO of California Forward (a government and political reform advocacy group), will host a webinar to kick off the first of two rounds of public participation to create a comprehensive overhaul of the act.

Incumbents and candidates complain of an overly complicated system. The FPPC receives between 15,000-to-20,000 requests every year for advice from candidates and public officials.

“This process is designed to simplify and streamline the act without weakening it or losing any accountability,” Remke said.

Law students at UC Berkeley and UC Davis have also contributed to the process by reviewing the law and making recommendations to the FPPC. And California Forward will help raise public awareness of the coalition’s efforts.

The Political Reform Act was passed in 1974, just two months before President Richard Nixon resigned over the Watergate scandal, with the protracted scandal highlighting the need for political ethics legislation.

The law created the FPPC and regulated campaign finance, among other things. The original ballot summary is here: