Environmentalists’ clout may be waning in CA Legislature

California environmentalists have long been one of the most powerful forces in the Legislature. But in 2015, the centerpiece of the green agenda — a provision in a broader measure that would have mandated a 50 percent reduction in gasoline use in the state by 2030 — stalled in the Legislature despite heavy prodding from Gov. Jerry Brown and appeals from then-Speaker Toni Atkins, D-San Diego, and Senate President Kevin de Leon, D-Los Angeles. The development was such a break from the norm that it won heavy coverage[1] from The New York Times, which called it “a major setback for environmental advocates in California.” 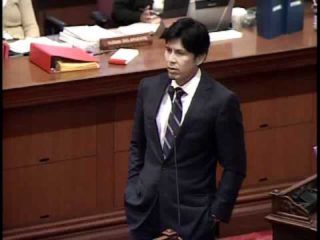 Now there’s a fresh sign that environmentalists’ clout may be on the wane. De Leon has stunned green groups by endorsing a moderate incumbent — Assemblywoman Cheryl Brown, D-San Bernardino — who opposed the push for a sharp cut in gasoline use over another prominent Inland Empire Democrat, attorney Eloise Gomez Reyes. As Calwatchdog reported [2]earlier this year, Brown was indirectly blasted by one of de Leon’s leadership team, Sen. Connie Leyva, D-Chino, who said she was backing Brown’s opponent because “she was a principled human being.”

In a strange twist, the document making the rounds in media circles showing de Leon’s endorsement of Brown contends that Leyva and all his fellow Senate Democratic leaders agree with him.

“I support Eloise Reyes. Period. Somehow the pro tem must have misunderstood my position, although I thought I was quite clear,” Leyva told [3]The Los Angeles Times.

Whatever the logistical problems with de Leon’s endorsement, it amounts to a striking rejection of environmentalists’ argument that they know Brown’s district better than she does. This view was voiced again this week by one of Reyes’ consultants, Leo Briones, who told the Times, “Cheryl Brown can have every special interest and every Sacramento politician … but she still is a legislator that does not represent progressive values or her district when it comes to issues of working families, of consumers, of guns and public safety and the environment.”

This argument was offered by a high-profile environmentalist in a January Sacramento Bee story that rubbed some minority lawmakers the wrong way:

“There’s no doubt Ms. Brown, who’s a very nice person, has not been representing her constituents when it comes to environmental issues, particularly clean-air issues,” Sierra Club California director Kathryn Phillips told the Bee. “She’s collected too much money from the oil industry and let that guide too many of her votes.”

Phillips, who works out of Sacramento, is a white UC Berkeley graduate who used to work[4] for the Environmental Defense Fund. Brown, who turns 72 next week, has been a fixture[5] in the Inland Empire African-American political establishment for more than three decades. She co-founded a weekly publication that focuses on black issues in 1980 and has worked on a wide variety of African-American causes in western San Bernardino County.

Assemblyman Sebastian Ridley-Thomas, D-Los Angeles, told the Bee he didn’t care for how environmentalists were treating his fellow African-American lawmaker. “I think it’s a tone-deaf approach. … The environmental community, and the broader environmental coalition, needs to figure out whether or not it’s going to be a collaborator and … work with black California on policy, and shared political goals, or if it will be an adversary.”

Ridley-Thomas is a vocal supporter of de Leon’s efforts to have a Superfund-type cleanup[6] of the Exide battery plant in Vernon.