After weathering unprecedented criticism for its revenue-driven admissions policies, the University of California system has appeared to shift officials’ o 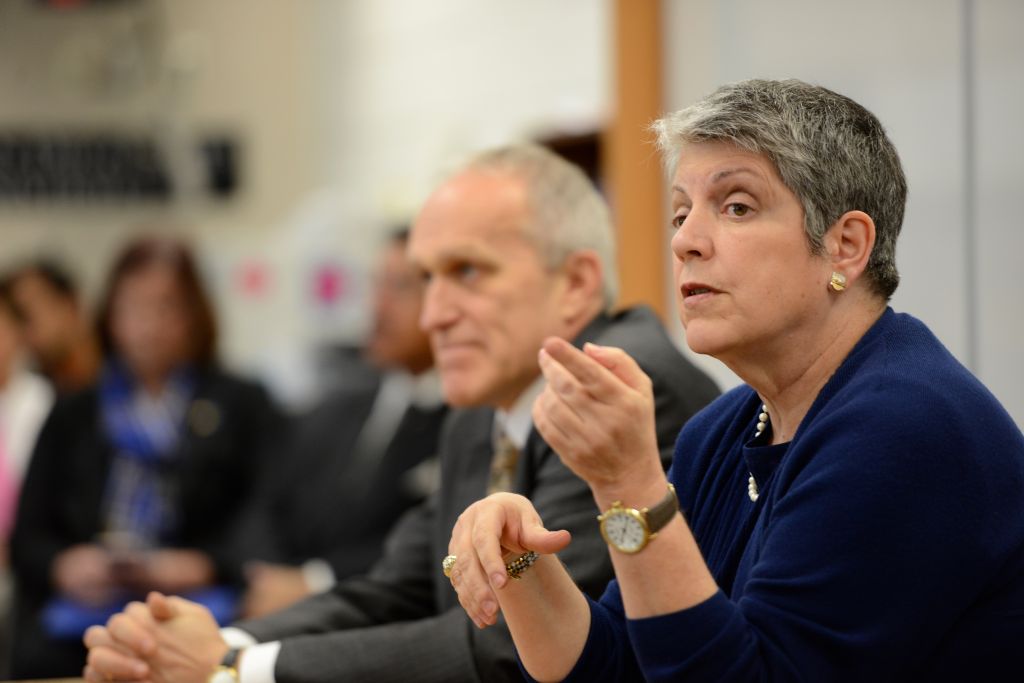 pinion back in its favor, unveiling a modest but symbolic uptick in admissions for in-state students — with an emphasis on certain racial and ethnic minorities.

The increase in admitted in-staters was broadly distributed, but did not accompany a rollback in a parallel trend — amped up out-of-state enrollment — that had rankled advocates of greater in-state admissions. “Each of UC’s nine undergraduate campuses also admitted more freshmen and transfer applicants for enrollment this fall,” according[1] to the San Francisco Chronicle. “At the same time, UC continued its practice of increasing admissions to out-of-state freshman, who receive no tuition break and pay about three times the tuition that Californians pay.” The schools also allocated $3 million for student food aid, responding to a survey conducted in spring 2015 that suggested some “42 percent of UC students struggled with poor quality food and insufficient sustenance in the past year,” reported[2] UC Santa Barbara’s Daily Nexus.

The changes arose from a long-in-the-works deal, hammered out between University of California President Janet Napolitano and Gov. Jerry Brown, granting the UCs “an additional $25 million in exchange for enrolling roughly 5,000 more California freshmen this fall than last fall,” the Chronicle reported. “In-state tuition will also remain at a flat $12,192 for the fifth straight year, but will rise in 2017 at the rate of inflation.”

The in-state admissions boost appeared to serve a dual purpose, also keeping critics of a different kind at bay. Included in the incoming class are “the most African Americans and Latinos since voters banned affirmative action two decades ago,” the Los Angeles Times reported[3], calling the outcome “progress that is likely to ease pressure from state legislators to boost diversity at UC’s most elite campuses.”

“Critics have complained that non-Californians have seemed to edge out equally or more qualified state residents at UCLA and Berkeley, with African Americans and Latinos disproportionately admitted to less competitive campuses at UC Merced and Riverside.”

Gathering outrage among Californians regardless of party led to support in Sacramento for a bipartisan inquiry and a sweeping audit. Its results “reinforced what many California parents already suspected: On a constant hunt for more revenue, the prestigious University of California system gave favorable admissions treatment to thousands of higher-paying out-of-state and foreign students, to the detriment of Californians,” as the New York Times recalled[4].

Auditors reported that “the university had tripled its population of nonresident undergraduate students, reducing the percentage of resident applicants it admitted to 62 percent from 77 percent, while increasing the percentage of nonresidents it admitted to 56 percent from 48 percent,” the Times noted[5] separately. “The nonresidents included thousands of students who were less qualified than admitted Californians, the audit said.”

Instead of provoking a deeper crisis, however, the harsh news cleared the way for a remarkably rapid settlement. Notably, Assemblyman Mike Gipson, D-Carson, “the legislator who requested the audit — and castigated UC on the results — welcomed the new admissions numbers,” the Los Angeles Times observed. There were hints that legislators — especially Democrats — were eager to declare victory during an election year with an unusually populist flavor on both sides of the political spectrum. California tuition had briefly but prominently become a wedge issue in the national Democratic primary for the party’s presidential nomination. With the perception gathering that Golden State discontent was a canary in the coal mine amid a “broader, fundamental breakdown in the traditional operation of the public university,” the UC saga supplied “much of the impetus behind the announcement by Hillary Clinton […] that she was embracing a large part of Bernie Sanders’s proposal to provide free tuition at in-state public colleges,” according to the New York Times.