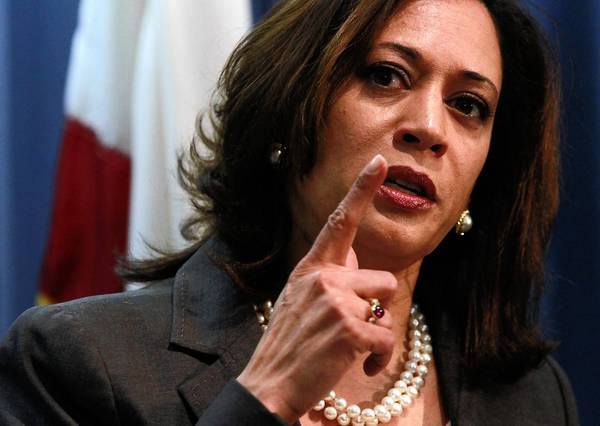 California Senate candidate Kamala Harris has kicked over a hornet’s nest in a big but contentious settlement with the nation’s largest online charter school. Not only has K12 refused to admit wrongdoing, despite Harris’s public allegations, but the organization has also disputed how Harris characterizes the size of the settlement reached.

In a statement, Harris accused the school of bilking families and Sacramento alike. “K12 and its schools misled parents and the state of California by claiming taxpayer dollars for questionable student attendance, misstating student success and parent satisfaction and loading nonprofit charities with debt,” she said, according[1] to the Associated Press. CEO Stuart Udell fired back with a statement of his own, denying K12 had broken any laws and claiming that Harris’s office had blown K12’s behavior — and its monetary concessions — out of proportion. “Despite our full cooperation throughout the process, the Office of the Attorney General grossly mischaracterized the value of the settlement just as it did with regard to the issues it investigated,” he said.

Each side swiftly traded barbs over the supposed $168.5 million settlement, which has yet to be approved by a California court and includes just $8.5 million in direct payments. “The terms of this settlement could not be more clear,” a Harris spokesperson told[2] BuzzFeed News. “K12 must expunge the $160 million in debt it had imposed on California charter schools.” Udell, however, maintained that the $160 million could not be expunged from K12’s books because it had never been entered into them:

“On a call with investors, the company’s CEO called the $168.5 million figure ‘shameless and categorically incorrect.’ Instead, K12 put the settlement amount at $2.5 million, subtracting that $160 million of so-called debt relief and another $6 million that K12 agreed to pay the attorney general’s office for the cost of putting together the lawsuit.”

But K12 has faced scrutiny from other Golden State officials as well. “State school superintendent Tom Torlakson recently announced that the department of education had contracted with the state controller’s office to audit the California Virtual Academies,” 14 schools affiliated with K12, according[3] to EdWeek. “The superintendent said the probe will focus on a number of areas, including whether the nonprofit California virtual academies are ‘organizationally separate’ for K12, a commercial entity; whether attendance, enrollment and dropout figures are accurate; and whether expenses are tallied accurately.” As the state attorney general’s office told the site, “That its settlement is separate from the comptroller’s probe and will have no impact on it going forward.”

Although Harris has burnished her status as Senate frontrunner by leading a broad investigation into the for-profit schooling industry, K12 first ran afoul of Sacramento because of an investigation three months ago by the Bay Area News Group focused on the company. K12 drew the group’s attention as it “raked in more than $310 million in state funding over the past 12 years operating a profitable but low-performing network of ‘virtual’ schools for about 15,000 students,” as the Mercury News observed[4].

“This news organization’s investigation into K12’s California schools revealed the company reaps tens of millions of dollars annually in state funding while graduating fewer than half of its high school students. It also showed that kids who spend as little as one minute during a school day logged onto K12’s software may have been counted as ‘present’ in records used to calculate the amount of funding the schools get from the state.”

In the wake of the report, further trouble for the education behemoth has loomed on the horizon. “The California-based schools still could face action from the state Department of Education, which has brought in the state controller to conduct an audit,” the Los Angeles Times reported[5]. “And the schools’ teachers have launched a union organizing drive.” Even the California Charter Schools Association, often a reliable ally of charters, lashed out, condemning “the predatory and dishonest practices employed by K12 Inc. to dupe parents [by] using misleading marketing schemes, siphon taxpayer dollars with inflated student attendance data, and coerce CAVA School nonprofit employees into dubious contracting arrangements,” the paper added.