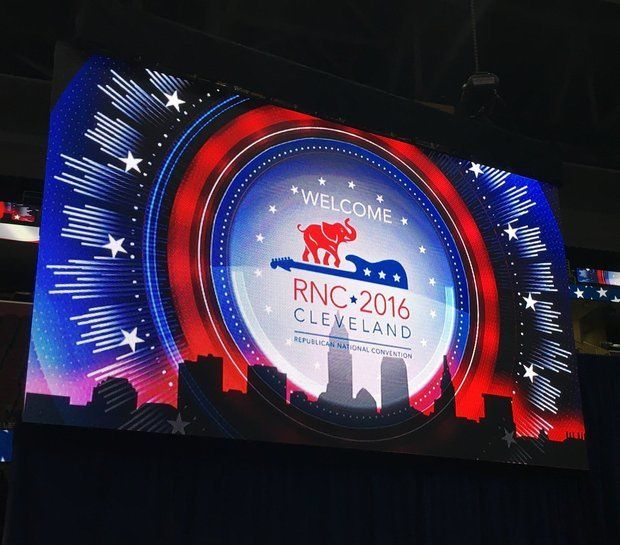 Thanks to Donald Trump, California’s role at the Republican national convention in Cleveland has been dramatically expanded — out of proportion, some critics have suggested. The changes belied a calculated effort to shift the center of GOP gravity away from its more traditional areas of regional support, where many anti-Trump conservatives and moderates continue to hold influence.

To begin with, Californians have been given prominent speaking slots during the Trump-dominated event. “Sabine Durden, of Moreno Valley, is slated to speak in Cleveland. She’s been a well-known critic of illegal immigration since her son was killed by an undocumented immigrant in 2012, and she’s testified on the issue before Congress,” as the Los Angeles Daily News reported[1]. House Majority Leader Kevin McCarthy, R-Calif., a Trump delegate and nearly Speaker of the House, will also address the convention. “McCarthy’s speech is expected to focus on the House GOP’s ‘Better Way’ agenda and on building party unity,” the Washington post explained[2].

Topping off the speaking schedule, Silicon Valley titan Peter Thiel will deliver one of the event’s most anticipated and prominent speeches. “Peter Thiel is speaking because he knows Donald Trump, and he’ll be speaking about the Donald Trump, the man he knows,” said[3] campaign chief Paul Manafort. “And as a successful entrepreneur, he can speak from a standard that we think is important for the American people to hear.”

Underscoring the Trump campaign’s favor for the west coast, Golden Staters will be up front and personal for the climactic moment receiving the biggest — and likely most enduring — media coverage. “Californians will be in the front row when Donald Trump accepts the nomination at the Republican National Convention this week, according to seating charts released by the party,” the Los Angeles Times reported[4].

“California is one of a handful of states where all of the delegates support the presumptive nominee. Because the state’s primary took place after the race was decided and per the state GOP’s rules, all 172 California delegates support Trump and were chosen by his campaign. Placing them in the front of the convention helps Republicans avoid images of disunity.”

But the Trump campaign, notoriously light on staff and improvisational in its strategy, has not given California Republicans much more than uncharacteristically prominent exposure. The state GOP, facing a daunting election year, has been left to forge a path ahead largely on its own. “California Republican Party Chairman Jim Brulte is leading his party’s fight for down-ticket races,” the Daily News noted, but “Brulte said the national GOP’s slow, seemingly reluctant response to demographic change hurts his party in California.”

“Brulte said Southern California candidates like Young Kim, the first Korean-American elected in Orange County for an Assembly seat, and Ling Ling Chang — who is running for the state senate seat that used to be occupied by Bob Huff and spans portions of Orange, Los Angeles and San Bernardino counties — are critical to reversing the top-of-the-ticket misfortune that has befallen his party.”

Down but not out

While Trump’s campaign and its supporters have refused to dispel the impression, first created by the candidate himself, that they could put California in play, polls have not given much substance to the outsized ambition. According[5] to a recent Field Poll reported by the Washington Examiner, Trump “currently trails his Democratic presidential opponent by 30 percentage points in the Golden State,” 58 to 28 percent, with 14 percent undecided. “Clinton loses 8 percentage points to Libertarian Party nominee Gary Johnson when he is added to the mix, while Trump loses 2,” the paper added.

Hoping perhaps to take whatever advantage they can of their newfound status, California’s delegates have nonetheless described themselves as Trump’s firewall in the event that a long-brewing convention-floor insurrection actually bursts out into the open. “We are the backstop,” Brulte told[6] the San Francisco Chronicle. “If you want to mess, bring it on,” said Trump state director Tim Clark. “This delegation was built for a fight. If the Never Trumpers want to start something, they have to go through us.”