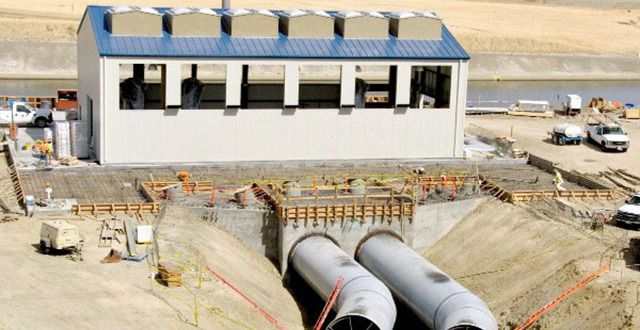 The California Supreme Court cleared a big obstacle to Gov. Jerry Brown’s plan to tunnel more Delta water out of Northern California, allowing the Southland’s Metropolitan Water District to proceed with the purchase of estuary islands that would be key to speeding up construction.

“The previous owner, Delta Wetlands, an affiliate of a Swiss insurer, had wanted to build reservoirs on the islands to market water to areas south of the Delta,” according[1] to the Sacramento Bee. “The Supreme Court’s ruling doesn’t settle Metropolitan’s legal fight over the pending sale,” however, as the Bee observed, allowing San Joaquin’s lawsuit to go forward along with a separate suit arguing “that Delta Wetlands signed a contract that requires future buyers to abide by the negotiated settlements.”

Nevertheless, Brown’s plan has already gained strength under the ruling. “Two of the islands are in the path of the proposed $15-billion tunnel system, a project that MWD supports,” the Los Angeles Times noted[2]. “MWD ownership of the islands would eliminate the need for eminent domain proceedings and provide easy access for construction crews on part of the project route.”

Still, a somewhat cagey WMD quickly left the fate of the tunnel project, which would promise a massive and controversial undertaking even under the best circumstances, up in the air. “An MWD spokesman reiterated Friday that the agency has not proposed a project for the land,” the Times reported.

“In the past, the district has said the 20,000 acres could be converted to fish and wildlife habitat or used to store materials for emergency levee repairs. They have also said the islands could be used to provide access for the construction of the tunnel system, which would carry Sacramento River water under the delta to the pumping operations that send supplies south.”

The court decision marked yet another turn in fortunes for the proposed deal, reversing a lower court’s own prior change of course. “One day after lifting a temporary order that blocked the sale, the state’s Third District Court of Appeal reinstated the stay, preventing the big Metropolitan Water District from completing the $175 million purchase of the islands,” as the San Jose Mercury News reported[3].

In addition to eminent domain and breach of contract issues, MWD quickly faced staunch opposition to the prospect of tunnel construction on environmental grounds. Opponents, including “Contra Costa and San Joaquin counties, environmentalists, and Delta land owners,” argued “the tunnels will be used to export more Delta water to Southern California, and they assert that an environmental impact report should be done before the land sale is allowed,” the Mercury News added. In response, MWD claimed “there is no reason to stop the sale nor require an environmental report because no formal plan has been filed to use the island properties in a water project.”

For now, that argument has helped suffice to keep the deal moving forward. But by the time all the issues and controversies surrounding the ownership and use of the islands have finally been adjudicated, the political landscape in Sacramento could well be remade. Officials told the Times it could take “months or even years until all the legal challenges to the purchase are resolved,” placing the go-ahead for Brown’s tunnel project outside the reach of Brown himself, who is termed out of the governor’s office this year.

But Brown has moved perhaps as decisively as possible to hurry things along, bringing on former Clinton secretary of the Interior Bruce Babbitt to tip the Bay Area scales in Brown’s favor. Babbitt has remained “friends with Sen. Dianne Feinstein, among the most influential voices on the topic, and has access to partisans in the San Joaquin Valley and in Southern California,” Dan Morain recently noted[4] at the Bee. “One of Babbitt’s chief aides at Interior was Jay Ziegler. Now, Ziegler is policy director for The Nature Conservancy, one of the most influential environmentalist groups on water issues. In the Clinton years, Babbitt’s undersecretary was John Garamendi. As the Democratic congressman who represents the Delta, Garamendi is a pointed critic of Brown’s tunnel project.”