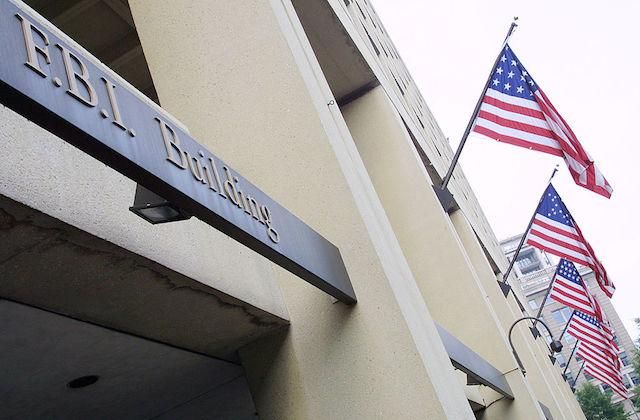 After years of operating under the radar, the cover has been pulled back on an FBI program, centered around Southern California, to amass iris scan information in a federal database.

“To create that pool of scans, the FBI has struck information-sharing agreements with other agencies, including U.S. Border Patrol, the Pentagon, and local law enforcement departments. California has been most aggressive about collecting scans, but agencies in Texas and Missouri can also add to and search the system,” the Verge reported[1]. “The result amounts to a new national biometric database that stretches the traditional boundaries of a pilot program, while staying just outside the reach of privacy mandates often required for such data-gathering projects.”

“In California, the counties of Los Angeles, Riverside and San Bernardino have contributed scans, with the latter’s sheriff’s department harvesting more than 200,000 scans alone,” as Mashable noted[2]. “An average of 189 iris scans were collected every day at the start of 2016.”

According to the Verge, those scans were collated and sent to the FBI by the California Department of Justice, which signed a memorandum with the Bureau in 2013 that set down the responsibilities of each. “The document says only that the FBI will handle information from the project ‘lawfully,’ while California must ‘comply with its state privacy laws,'” the site noted. “The FBI has said the program is bound by internal information security standards.”

Southern California law enforcement agencies appeared eager to help spearhead the program, signing up again and again to participate. While California’s effort “was scheduled to run for one year and then be reassessed,” the site added, “it’s been renewed each year since 2013,” with Steve Fischer, Chief of Multimedia Productions at the FBI’s CJIS Division, estimating the so-called pilot program would “continue for 2 to 3 additional years.”

Treatment of the undertaking as a pilot has made relative sense given its current scope and future aims. “The iris scan program, like the facial scans, is part of the FBI’s Next Generation Identification (NGI) database,” a system with “a broad purview including employment background checks and identifying unknown corpses as wall as use in criminal, terrorist, and intelligence investigations,” according[3] to Yahoo Tech. Pushing to develop the technology out of “fears of another 9/11-style attack,” IB Times reported[4], “the FBI signed a $1 billion contract with military behemoth Lockheed Martin to develop and launch the unit.” Details haven’t emerged on how large of a database, or how many years of activity, might have been considered before expanding iris scans nationwide.

Predictably, California civil liberties advocates and activists have swiftly lined up against the scheme. “What we’re seeing is how counterterrorism and counterinsurgency tactics are being codified into everyday policing,”  Stop LAPD Spying founder Hamid Khan told the Times. “In essence, we’re all suspects.” Nicole Ozer, ACLU California’s policy director for technology and civil liberties, told the Verge it was “very troubling” that “these systems have gone forward without any public debate or oversight that we’ve been able to find[.]”

But in Southern California, where San Bernardino was left reeling in the face of one of the nation’s most shocking terror attacks, officials’ relationship with the FBI has grown close. Northern California heavyweight Apple fought the Bureau’s demand to unlock the cellphone belonging to the shooter, raising questions “over whether technology companies’ encryption technologies protect privacy or endanger the public by blocking law enforcement access to information,” the Washington Post recalled[5]. By collecting iris scans on its own, federal law enforcement could help ensure that the information might later be construed as personal data protected by private companies.