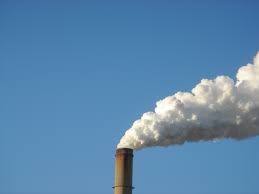 Californians think the state could do more and spend more to clean up the environment, according to a new poll.

According to a Public Policy Institute of California poll[1] released Wednesday, a majority of Californians support government efforts to improve the environment, despite possible rises in energy costs and ongoing debates about the legality and effectiveness of the state’s environmental policies.

The study, which surveyed around 1,700 California residents about various environmental concerns, found that the majority of Californians supported existing plans to combat global warming, and were willing to expand these laws, even if that means paying more for gasoline and electricity.

Big dreams for a cleaner California

Sixty-nine percent of Californians approved of plans to reduce greenhouse gas emissions to 1990 levels, as laid out in AB32, one of the state’s landmark environmental laws.

But government plans to reduce emissions have been met with mixed results. The cap-and-trade program, created by the Air Resources Board in response to AB32, places carbon emission limits on businesses and allows them to purchase credits for exceeding those limits. But at May’s quarterly auction, businesses purchased only 2 percent of the anticipated revenues.

The program faces legal challenges as well. A lawsuit by the California Chamber of Commerce claims the program is actually an illegal tax on businesses, requiring a two-thirds vote to become law.

Critics have complained[2] about how the cap-and-trade revenue is spent – that the money doesn’t often fund projects that meet the required emission reduction goals. Assemblyman Adam Gray, D-Merced, said he is concerned about how the revenues are spent, calling the program “a feeding frenzy for a multitude of pet projects,” according to The Sacramento Bee[3].

And though there has been a decrease in greenhouse gas emissions, some say the lower levels may reflect outside factors like business scale-backs during the Great Recession.

“The jury’s really out on whether we’ve seen a lot of reductions caused by cap-and-trade,” James Bushnell, an energy economist at UC Davis, told the Los Angeles Times[4].

Despite varied expert opinions, 54 percent of respondents in the PPIC survey approve of the cap-and-trade program – after the surveyors gave a brief explanation to the 55 percent who had never heard of the program before.

Respondents also support a proposed new law that would ramp up AB32’s plans to control emissions, which would exceed AB32’s reduction goals and extend the program to the year 2030.

And 58 percent of those surveyed believe local and state governments should devote more resources to other environmental issues, as well – electric cars, solar power and drought management.

A big paycheck for California residents

Californians know that reducing greenhouse gas emissions could raise energy costs – and they are ready to foot the bill.

The majority of respondents said they would be willing to pay more for gas (63 percent) and solar- or wind-generated electricity (56 percent). The Legislative Analyst’s Office estimates that gas prices would rise 11 cents as a result of the cap-and-trade program.

But this widespread support of energy reforms comes alongside equally widespread opposition by those who prioritize economic concerns over the environment.

Alternative energy plans come with a cost – and according to Assemblywoman Cheryl Brown, the Inland Empire may not be able to afford it. In 2015, the San Bernardino Democrat opposed a petroleum-reduction provision of Senate Bill 350, another key piece of California’s environmental policy, citing concerns that potential rising energy costs could harm lower-income families.

However, some voters said Brown’s opposition amounted to a rejection of the entire clean energy campaign and retribution was swift. Protests, rallies and criticisms from other officials have threatened Brown’s re-election, while the campaign has become a proxy war[5] between Big Oil and Big Environment.

“Do you ever feel that something is not going quite right?” Brown asked the Los Angeles Times in March[6]. “They are after me, and I still don’t know why. I don’t know who ‘they’ are. But I will find out soon.”

Concerns about the impracticality of California energy reforms are reflected in the PPIC survey, as well. The majority of respondents supported clean energy programs like electric cars and charging carports, with 68 percent in favor of tax credits for purchasing electric cars, and 77 percent supportive of infrastructure for charging the vehicles.

But less than half (47 percent) are actually considering purchasing an electric car themselves, suggesting that good intentions may not match up with environmentally conscious decisions.