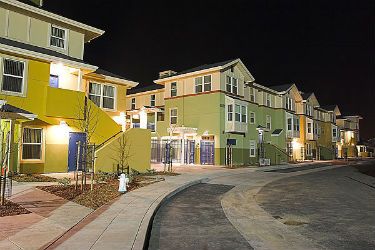 Gov. Jerry Brown appears to have made some progress in securing crucial building trade unions’ support for his push to streamline housing construction in California by dropping his objection[1] to the requirement that construction workers be paid “prevailing” — i.e., union — wages on projects that would be accelerated by his proposed legislation. What Brown has indicated he will accept isn’t as sweeping as what the influential unions want, but it is a move in their direction as the Legislature enters the stretch run of its 2016 session.

But old assumptions that Brown’s main foes would be environmentalists and trial lawyers have been undercut repeatedly in recent weeks. Instead, perhaps his most formidable obstacles to making the Golden State more hospitable to new construction are local officials eager to maintain control over what their communities look like. Across California, they’re preparing or considering ordinances that require local voter approval of projects of a certain size or density or otherwise put hard limits on certain types of development — measures that would block key provisions of Brown’s plan.

A recent Voice of San Diego article[2] noted such efforts in Del Mar, Costa Mesa, Los Angeles, Santa Monica, El Dorado County, Cupertino and Gilroy. Among the requirements that those communities may impose: requiring voter approval of most new construction higher than two stories and creating zones in which any construction required ballot OKs.

NIMBYism popular in many communities

Critics claim this would worsen the California housing crisis, not help it. But in city after city, officials say they are responding to local sentiment.

This gets to a key weakness of Brown’s strategy: While there is a growing understanding that the best way to relieve California’s housing crisis is by adding more stock, people are often only enthusiastic about the idea in the abstract. When it comes to one’s own community, enthusiasm usually wanes as part of a “not-in-my-backyard” attitude.

A classic example of this NIMBYism is now playing out in Millbrae, just south of San Francisco, in the region with the highest housing costs in California. A proposal to build 300-plus homes with office buildings and retail space next to a Bay Area Rapid Transit station — a prototypical “smart growth” project — is facing growing opposition.

The project would be on 116 acres already owned by BART. It complies with local housing policies and comes after years of complaints from area residents that their children can’t afford to live near them.

But at a July 12 City Council meeting, residents jammed the chambers to warn the project would worsen crime and traffic and harm quality of life. According to a local newspaper account[3], one resident even said the BART effort amounted to a criminal enterprise — “like the Wild West for outlaws to come and take stuff.”

That same day, the San Francisco Chronicle printed an op-ed[4] by former Mayor Art Agnos blasting Brown’s housing proposal and offering a defense of the status quo of strong regulation. Agnos challenged the idea that adding more housing stock is the best way to bring down housing costs and said “rent stabilization” — i.e., rent control — should be an option for every city.

Agnos also called for more government funding for affordable housing programs that critics say amount to lottery programs which only help a relative handful of families.

From 1993-2001, Agnos was the western regional director for the U.S. Department of Housing and Urban Development. On his personal website, he depicts his efforts to help poor people find housing in San Francisco with government subsidies as a rousing success story[5].

Agnos doesn’t mention this claim in the Chronicle op-ed.