SACRAMENTO – Unlike the sellers of most other products or services, insurance companies receive payments from their customers in exchange for future promises. If you wreck your car, they will pay for the damage. If you die, they will pay out a benefit to your heirs. Because of that reality, insurance commissioners have a role in assuring companies that write policies have the wherewithal to pay those claims[1]. No one disputes that notion, including the insurance industry itself.

This “solvency” issue gives state commissioners broad authority. In the dozen or so states where insurance commissioners are elected, these officials often have their eyes on higher office. For instance, insurance officials and some Sacramento observers argue California’s ambitious commissioner – Dave Jones, a former Democratic assemblyman who is mulling a race for attorney general[2] – is imposing a politically motivated diktat on companies and dressing it up as a campaign for solvency. 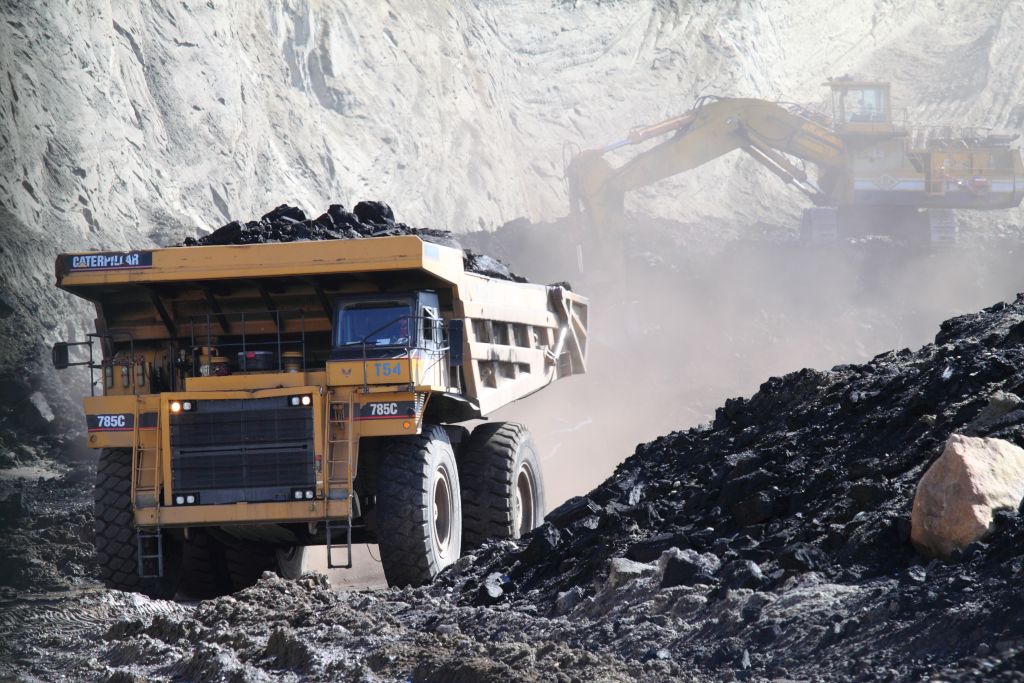 The issue[3]: Jones is calling for insurance companies to divest “voluntarily” from their investments in thermal-coal companies and in utility companies that make heavy use of coal. He has vowed to publicize – some say “shame” – insurance companies that don’t comply with the request. Given that 1988’s Proposition 103[4] grants the California commissioner vast powers to prescribe which factors companies use to adjust rates and to approve or deny proposed rate increases, insurance officials wonder about the voluntary nature of the policy.

The “Climate Risk Carbon Initiative” divestment request[5] applies to direct investments in companies that gain more than 30 percent of their revenues from thermal coal. In practice, these are some of the most conservative investments around, including monopoly utilities whose returns are set by regulation. It also requires insurance companies that do business in the state to answer a variety of questions about such investments, even if they are headquartered outside California. The goal is to pressure companies to divest from these holdings.

“Politics,” the department says, “has nothing to do with the decision to ask insurers to divest from thermal coal.”

That sounds reasonable, but insurers typically make conservative investment decisions. Jones and other advocates for divestment make it seem as if these companies are heavily invested in high-risk stocks. They suggest these companies will be stuck with enormous “stranded assets”[7] as the nation moves away from coal-based energy and toward alternative-energy sources. But insurance companies hold few coal-related stocks and bonds as a percentage of their overall investments. Even if the “stranded asset” argument were correct, it would barely cause a blip in their portfolios.

In a letter to the insurance commissioner last year[8], leaders of major insurance-company trade associations reminded him: “For regulated utilities, the risk of loss due to stranded assets is remote. Utility companies operate on a cost-plus system. Precedent is in place that supports the recovery of all costs deemed to have been prudently incurred.”

By contrast, some of the investments the insurance commissioner prefers – in “green” energy, for instance – are risky. As my R Street Institute colleague R.J. Lehmann noted in an article last year[9], “Greentech Media publishes an annual list of solar company failures and has noted that ‘(k)eeping track of failing solar companies in 2011 and 2012 bordered on full-time work.’”

Why hasn’t the insurance commissioner called for divestment from these companies?

The answer seems obvious. California’s government has embraced climate change in a big way. Gov. Jerry Brown has addressed the United Nations and a conference at the Vatican[10], where he has depicted the issue in stark terms. In his view, the future of human existence is at stake. California has passed a first-in-the-nation cap-and-trade system to roll back industrial emissions to 1990 levels, along with other legislation designed to decrease public use of petroleum products dramatically. It’s a popular cause here, and isn’t lost on any up-and-coming politician.

Whatever one’s view of man-made climate change[11], it remains an iffy proposition to suggest it is threatening the long-term solvency of major insurance companies. These investments already reflect the risks involved in the energy sector. Every knowledgeable investor knows about the changing regulatory climate. Private investors are better able than government planners to evaluate such matters and make decisions accordingly.

Indeed, as I pointed out in my recent R Street study[12], one of the nation’s most widely respected investors, Warren Buffett, recently rejected calls by an activist group and investor in his Berkshire Hathaway Corp. to report on climate-change risks. For instance, many activists argue that insurance companies aren’t properly pricing these risks and aren’t being aggressive enough in tackling the potential long-term problems. Buffett believes in climate change but doesn’t see a risk in his company’s insurance holdings.

“As a citizen, you may understandably find climate change keeping you up nights,” Buffett said in his company report[13]. “As a homeowner in a low-lying area, you may wish to consider moving. But when you are thinking only as a shareholder of a major insurer, climate change should not be on your list of worries.” Buffett suggested even an uptick in the frequency or severity of climate-related catastrophes wasn’t much of a problem for the insurance industry, given that rates are set annually. Moreover, as a major provider of reinsurance – that is, insurance for insurance companies – Berkshire might actually benefit from more demand driven by climate change, given that reinsurance prices have been falling for years.

These companies’ futures depend on their ability to evaluate risks and benefits. They all have teams of actuaries and risk-management professionals who have a vested interest in making the most sophisticated guesses about future events. Elected officials, by contrast, are more apt to be swayed by political winds. A previous Republican insurance commissioner and gubernatorial candidate, Steve Poizner, in 2010 tried to force insurers to divest from investments in multinational companies that did business in Iran[14]. This type of thing is nothing new.

“Divestment comes at the expense of meaningful action,” wrote Frank A. Wolak, director of the Stanford University Program on Energy and Sustainable Development[15]. “It will do nothing to reduce global greenhouse emissions. It will not prevent these companies from raising capital.” And indeed, the state government’s push for divestment in non-insurance areas – i.e., forcing the California Public Employees’ Retirement System to take a similar approach – has been met with a similar backlash.

One can never know the motives of insurance commissioners, past or present. But it’s a safe bet that private investors making their own decisions[16] with their own money are almost certainly more trustworthy than politicians making investment decisions based on the latest political winds. By all means, commissioners should work to assure that insurers can fulfill whatever claims are made in the future – but they shouldn’t bootstrap that legitimate authority into a politically motivated crusade.

Steven Greenhut is the founding editor of CalWatchdog. He is Western region director of the R Street Institute and a Sacramento-based columnist. Write to him at [email protected][17].