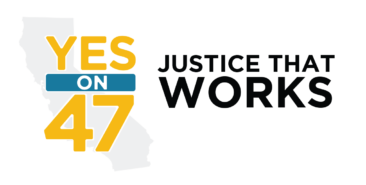 Proposition 47 — the 2014 state ballot measure[1] recategorizing many felonies as misdemeanors — has already faced heavy criticism. Prosecutors and police chiefs across California say it is behind a wave of petty crimes as offenders who previously were locked away now quickly get back on the street. Statistics released by the FBI[2] and the California Police Chiefs Association [3]back up their assertions.

But Lt. Gov. Gavin Newsom and many other high-profile Democrats who sought the law continue to defend it. They hail it both for freeing up room in the Golden State’s long-overcrowded prisons and for moving away from a punitive criminal-justice status quo exemplified by both the state Legislature’s and state voters’ adoption[4] of “three strikes and you’re out” measures in 1992 mandating that three-time convicts be locked up at least 25 years.

Now, however, Prop. 47 is coming under new criticism that can’t be blunted or turned away by talk of social justice. It has to do with a problem endemic to California’s direct democracy: Ballot measures are sold to voters with promises that often don’t come true.

In 2014, the measure’s advocates told Californians that savings from releasing state inmates would free up  “hundreds of millions of dollars annually, which would be spent on truancy prevention, mental health and substance abuse treatment, and victim services,” using language from a report by the nonpartisan Legislative Analyst’s Office. The claim was cited prominently[5] in the official ballot argument for Prop. 47 and repeatedly in debates and interviews over the initiative.

Prop. 47’s savings a fraction of what was predicted

The California Department of Finance, however, says that never happened. Instead, in its official calculations for the 2016-17 budget, it predicted savings of just $29.3 million. Aware that the number would be a huge letdown to social service advocates, the governor and the Legislature arbitrarily inflated the amount to be granted to their programs in spring 2017 to $67.4 million.

But even with the boost, that’s a third of the low end of “hundreds of millions of dollars” that voters were told would go to help the needy.

The LAO doesn’t agree, issuing a report[6] specifically challenging the $29.3 million figure. The document says the estimate is “about $100 million” low.

But in a recent Sacramento Bee story[7], the Brown administration said the LAO’s estimate depended upon a false assumption: that without Prop. 47, the state would have to pay to house more than 5,000 inmates in “contract beds” at expensive non-state facilities in California, Mississippi and Arizona.

Under Prop. 47, it is the Finance Department that makes the final call on how much money is judged to have been saved and is thus available for the social programs touted as benefiting from the ballot measure.

But this big picture doesn’t sit well with many lawmakers, starting with Assemblyman Reggie Jones-Sawyer, D-Los Angeles, and advocates for low-income residents. 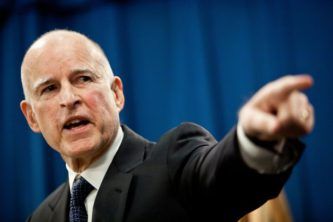 The Brown administration’s position on Prop. 47’s savings has the potential to undercut the governor’s push[8] for his own criminal-justice reform measure this November, Proposition 57[9], which would make it easier for “nonviolent” criminals in state prisons to gain parole.

The measure is already likely to be very controversial because the ballot language pushed by Jerry Brown and accepted by state Attorney General Kamala Harris classifies several categories of sexual attacks as nonviolent, as detailed[10] on the website of the California District Attorneys Association. This includes the 2015 attack[11] on an unconscious student by then-Stanford athlete Brock Turner, a case that has drawn national attention because of fury over the light sentence Turner was given.

Prop. 57’s path to adoption could be further complicated if its critics can point to Prop. 47’s unmet promises and say that in California, criminal justice reform advocates have a credibility problem. Disappointed social services advocates such as Aqeela Sherrills, an activist who lobbied for Prop. 47’s passage, are likely to help make the case.

“We pass an important ballot initiative, we change the law and we change the game to reallocate the resources,” Sherrills told the Bee. “Then they start playing with our money again. I don’t understand. I was like, ‘Man, no.’”