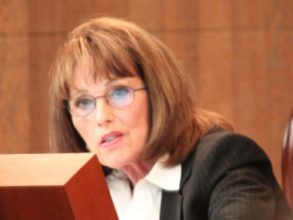 A bill that would have imposed mandatory sentences on large-scale dealers of a powerful opioid responsible for a rash of deaths and overdoses over the last few years died in committee Thursday.

Fentanyl, an anesthetic said to cause a euphoric high 50 to 100 times more powerful than heroin, caused around 30 overdoses in the Sacramento area alone in a seven-day period in March, about a third of which were fatal. In 2015, it killed 30 people in Orange County, and in 2014 it killed 62 people in Los Angeles County.

While the measure drew Democratic support[1] in the Senate, one of the bill’s sponsors, Sen. Pat Bates, R-Laguna Niguel, said concerns related to overcrowded prisons were too much.

“It’s disappointing that the Assembly Appropriations Committee did not forward the bill to the entire Assembly for a vote,” Bates in a statement. “Unfortunately, (Gov. Jerry Brown’s) focus on decreasing the state’s prison population has made it difficult to pass any legislation that would address weaknesses in current criminal law.”

Voters approved a sentencing reform measure, Proposition 47[2], in 2014 and will consider another[3], supported by Brown, in November.

Bates’ bill would have targeted dealers of large quantities, adding sentence enhancements per weight, with a number of offenders thought to be relatively small.