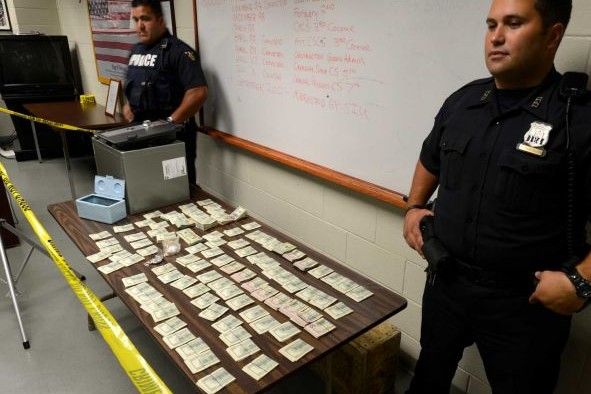 After a failed attempt last year, so-called asset forfeiture — the controversial nationwide practice used by cops to permanently seize property belonging to individuals who have run afoul of the law but have not been convicted — could soon be reformed in California after all, with a once-dead bill making a sudden return.

Senate Bill 443, a popular piece of legislation that went down to defeat once before, “aims to close a federal loophole that allows state and local law enforcement officials to pocket the proceeds and assets seized from a defendant — even if that person is only suspected of a crime,” BuzzFeed News reported[1]. “If passed, the bill would require that a defendant be convicted first before cash and property can be permanently seized.”

“In 2015, despite a near 80 percent approval rating according to some polls, the bill lost 24-41 when it came up for a vote on the Assembly floor. However, California’s legislative process allowed for it to be placed in the inactive file[.]”

The defeat underscored the paradoxes surrounding the practice of asset forfeiture in the Golden State. “California law prohibits local authorities from permanently seizing most property without a conviction, but there’s a loophole in the law — called ‘equitable sharing.’ Local police can seize your property, hand jurisdiction over the feds, and get rewarded with up to 80 percent of the goodies even if prosecutors fail to convict — or even charge — an offender,” Debra Saunders recalled[2] at the San Francisco Chronicle.

Until very recently, following the SB443 setback, in-state civil liberties activists and advocates have struggled to get the traction they hoped for. “California has been a challenge,” as Reason noted[3]. “Not only do state regulations allow law enforcement agencies to seize and keep money and property without actually convicting people; in addition, restrictions the state has put on police (like restricting how much they can keep for themselves) can be bypassed by participating in the federal asset forfeiture program. As California cities dealt with drops in revenue during the recession over the past decade, that’s exactly what governments did — participation in the federal program skyrocketed.”

But in May, state Sen. Holly Mitchell, D-Los Angeles, reactivated SB443, amending it for a vote. Faced with an end-of-summer deadline to put the legislation before her colleagues, Mitchell managed this month to strike a deal with key law enforcement groups, clearing a huge hurdle toward passage.

“Under changes to Mitchell’s bill introduced Thursday, any property seizure in California worth less than $40,000 would now require a criminal conviction before police could take permanent action,” according[4] to the Los Angeles Times. “Seizures higher than that amount would still allow for a lower burden of proof, such as the standard used in civil cases. The $40,000 threshold is an attempt to balance advocates’ desire that those in poverty don’t lose their property unless they’re convicted of wrongdoing and law enforcement’s interest in preserving its ability to go after large criminal enterprises, Mitchell said.”

Despite the deal, however, high-profile asset forfeiture cases have cropped up in California throughout the summer. James Slatic, owner of licensed medical cannabis extraction company Med-West Distributors, was raided for the second time this June by a narcotics task force. In January, officers seized “more than 30,000 cartridges of cannabis oil and a couple of pounds of concentrate,” along with “$1.4 million in cash, product and money from various bank accounts” belonging to Slatic, according[5] to Inc. magazine. And in June, “San Diego law enforcement used federal asset forfeiture laws to freeze and seize the company’s cash and the money in Slatic’s personal bank account, the bank account of his wife (who is a federal employee at Veterans Affairs), and his kids’ college savings accounts. The San Diego Sheriff’s Office and San Diego County District Attorney’s Office declined to explain why they seized Med-West’s and the Slatic family’s money, but neither has charged Slatic with a crime.”

In another notable — if less sympathetic — case this month, a judge ruled that the U.S. government “can seize money from life insurance policies taken out by a shooter in the San Bernardino, California, terrorist attack,” the Associated Press reported[6].