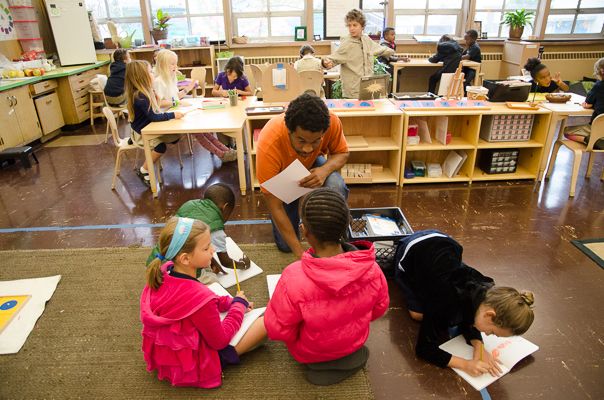 The California charter school phenomenon of rapid growth[1] continues. More than 570,000 California students attended charters last school year — about 9 percent of total state enrollment — and the number would be considerably higher if charters could accommodate all those on their wait lists.

But as the number of state charter schools has more than doubled — to 1,228 — over the past decade, grumbling has been building from traditional schools. This summer, that grumbling has translated into efforts to sharply increase regulation of charters.

Charter school advocates see this as a barely disguised effort to stop their movement in its tracks. The lack of strong regulations is behind the popularity of charters, they believe, allowing schools to focus on what works in classrooms as opposed to what the education establishment thinks is best.

But defenders of traditional education say charters’ huge growth could never have occurred if there was an establishment conspiracy to subvert them. And they also cite several specific areas where they say their concerns about charters are specific and well-documented.

At a recent Senate Education Committee hearing, school officials — most notably Dina Wilson, director of the charter school office of the Los Angeles County Office of Education — offered a long list of complaints. The most prominent:

Charter advocates countered by saying the flexibility and freedom that they were criticized for having were not a problem with the hundreds of thousands of families eager to enroll their children. Advocates saw political motives — i.e., the animus of politically influential teachers unions — as being behind troubles some charters were having with authorities.

The most specific accusation of charter mistreatment came from the CEO of Thrive Public Schools, a San Diego charter school organization. Nicole Assisi said despite having a track record of success and a strong planning document, first San Diego Unified and then the San Diego County Office of Education turned down Thrive’s request for a new charter. The reception was different from the State Board of Education, Assisi said. It unanimously approved the new charter, overruling the local decision-makers.

But charter schools also face criticism from outside the education establishment. The ACLU Foundation of Southern California and the public interest law firm Public Advocates released a report[2] on Aug. 1 that said about one-fifth of California charters were violating the law that they must be open to all students by having enrollment requirements — mostly involving academics — that public schools cannot impose.

The California Charter School Association responded [3]by issuing a statement acknowledging problems that needed to be resolved. “We agree with the ACLU and Public Advocates that charter schools must be open to any student interested in attending, and no student or group of students should be excluded or discriminated against as a result of enrollment and admissions policies at any public school, including charter public schools,” wrote Jed Wallace, president and CEO of the charter association.

Wallace disagreed with the argument “that all essays, interviews and requests for student documentation for enrollment are per se discriminatory or exclusionary.” But he also wrote that all charter schools should review their policies to ensure “there is not even a perception of bias or discrimination in admissions and enrollment processes.”