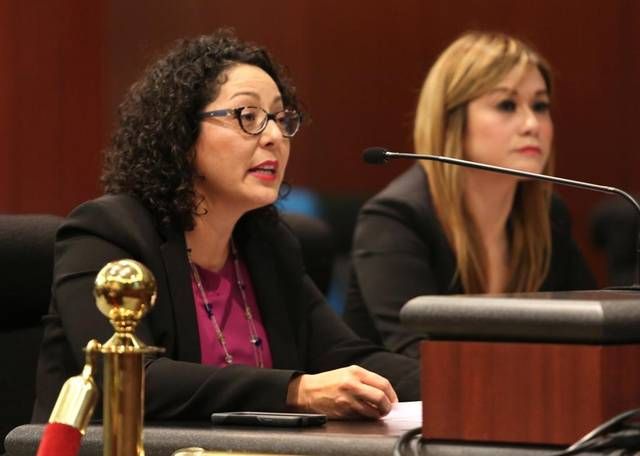 A bill to eliminate sales tax on feminine hygiene products came one step closer to becoming law on Thursday, ok’d by the Senate Appropriations Committee.

Proponents have argued it’s a matter of gender fairness, as these products — including tampons, sanitary napkins and menstrual cups and sponges — are a basic necessity for women.

The bill’s sponsors, Assemblywomen Cristina Garcia, D-Bell Gardens, and Ling Ling Chang, R-Brea, have also argued hypocrisy in the past, as certain non-essentials products, like candy, are already exempt[1] from sales tax.

“Fundamentally this is about gender equity and leveling the field,” Garcia said in a statement. “Every month, for 40 years of our lives, we are taxed for being born women. … Every month we are told our periods are a luxury, while also being told they are something to be ashamed of and we must hide.”

The Board of Equalization, which voted to support the measure earlier this year, projects the tax revenue lost if the bill were to pass to be around $20 million annually, hardly noticeable in the state’s $171 billion budget — or in women’s pockets as the savings come to less than $0.01 per woman per day.

Several other states have adopted similar measures, as have Canada and the United Kingdom.