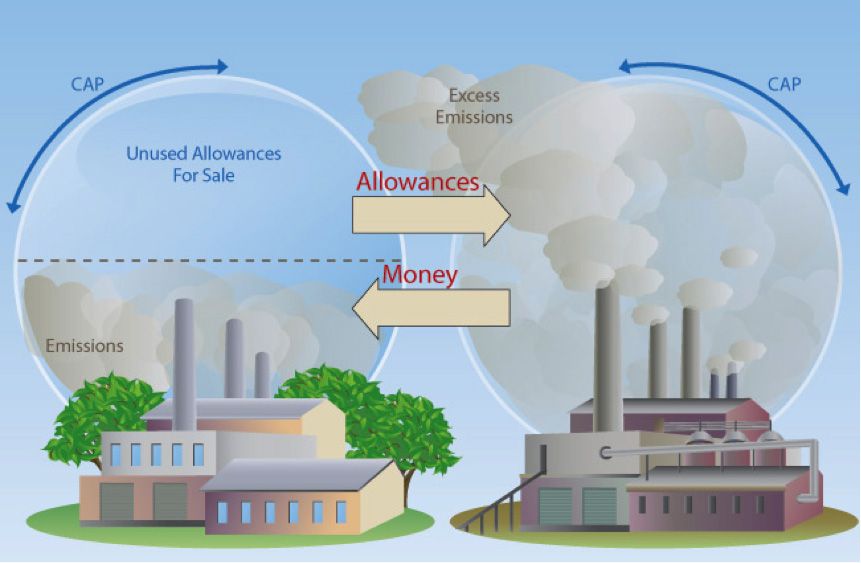 Despite years of success in doing what it was supposed to do — cut emission levels — California’s controversial cap-and-trade system has run up against opposition that could be strong enough to sink it. But with nothing to lose and everything to gain, Gov. Jerry Brown has shifted into political overdrive to save it instead.

Through the California Air Resources Board, Brown’s administration has tried to restore confidence among big California businesses that the state’s carbon-trading regime is here to stay. Amendments to the cap-and-trade rules proposed by CARB “envision a carbon market through 2050 with increasing allowance prices,” according to Scientific American. But legal uncertainty has clouded CARB’s ability to promulgate such regulations beyond the year 2020, “thanks to a combination of potentially limiting language in the original climate law, AB32, and a lawsuit challenging the legality of cap-and-trade auctions under a law requiring a two-thirds legislative majority to approve taxes,” the magazine added.

“The amendments released [last month] would establish decreasing emissions caps for covered entities through 2031, to reach 40 percent below 1990 levels, and would include preliminary caps through 2050 ‘to signal the long-term trajectory of the program to inform investment decisions.’ Other proposed amendments would provide for compliance with U.S. EPA’s Clean Power Plan for existing power plants, allocate allowances to businesses in order to prevent emissions from escaping state borders, and streamline how emitters register and participate in auctions.”

Despite broad support for an extended cap-and-trade system among influential Democrats, whose grip on Sacramento is virtually unchallenged, California’s legislative counsel has sided against CARB on the extension plan. “Meanwhile, a lawsuit from the California Chamber of Commerce charges that the permit fees are a tax and should have required a two-thirds vote in the Legislature to take effect,” as the San Francisco Chronicle reported[1]. “Although the suit has dragged on for nearly four years, questions raised by an appeals court judge in April suggested that he might side with the chamber.”

The ordeal has presented Gov. Jerry Brown with a potentially devastating threat to one of his keystone policies. Although the governor “has been trying to muster support from at least two-thirds of the Legislature, in case the Chamber of Commerce wins its suit, […] convincing Republicans and business-friendly Democrats hasn’t been easy,” the paper added. “And the current legislative session ends Aug. 31.” Beyond the obvious challenge of securing Republican support, Brown must contend with members of his own party, who have split awkwardly on cap-and-trade since before its inception.

“When the law enabling cap and trade was being argued over, the whole progressive left-of-the-left were pretty suspicious of carbon trading,” as Stanford Law energy expert Michael Wara told[2] Wired. “So the law’s authors offered a compromise: the state Legislature would re-evaluate cap and trade in 2020,” the magazine noted. “It didn’t seem like a big gamble at the time.” But Brown’s determination to use revenues from the program to fund his cherished high-speed rail project — according to environmentalists, not the greenest expenditure to choose from — added another political wrinkle.

Now, the prospect of a drawn-out loss in the Legislature has raised speculation that Brown will respond, in a manner somewhat reminiscent of former Gov. Arnold Schwarzenegger, by taking his plans directly to the voters. Preparing for a showdown, Brown has launched — perhaps for the last time as governor — back into campaign mode. “Mr. Brown last week created a PAC, Californians for a Clean Environment, signaling he may turn to voters for support to extend cap and trade and the state’s emissions-reduction goals through a ballot initiative,” the Wall Street Journal recalled[3]. “The program is particularly important to Mr. Brown, as profits help fund the state’s planned bullet train, among other goals by the state’s Democrats.”

Within the Brown camp, however, the official line has remained more optimistic than the ballot preparations might suggest. “There is no state or nation in the Western Hemisphere doing more to curb carbon pollution and our dangerous addiction to oil than California,” said Brown’s executive secretary, Nancy McFadden, in a statement noted by the Journal. “The governor will continue working with the legislature to get this done this year, next year or on the ballot in 2018.”