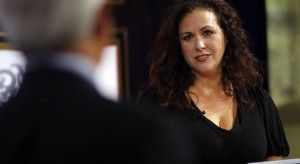 After a staged, 24-hour hunger strike, proponents of a bill to increase overtime pay for farmworkers announced on Wednesday the once-dead measure will be on the Senate floor next week.

The hunger strike was designed link the legislators’ sacrifice of food with the farmworkers’ sacrifice of some overtime pay while plucking the food, bringing attention to the issue in the process.

As the eight or so hunger strikers broke their fast, the bill’s sponsor, Assemblywoman Lorena Gonzalez tweeted — after handing out bread — that Senate President Pro Tem Kevin de Leon reportedly agreed to call the bill to the floor on Monday (a de Leon spokesman could not immediately confirm the timing).

Getting a vote was not really in doubt, as legislators have the right to call up their legislation mostly whenever they want. What made this process particularly interesting, though, was that the last iteration died a few months ago and so Gonzalez slapped the language into another bill[6] — a process called gut and amend.

By gutting and amending, the San Diego Democrat’s proposal will circumvent some of the normal steps in the legislative process, although it’s unclear if Gonzalez has been able to secure enough votes from the 112 non-hunger strikers to pass both the Senate or the Assembly, where it died in June.

What the bill does

Proponents argue it’s a matter of fairness — that farmworkers should have the same overtime and break protections as everyone else. Opponents say farmers can’t afford it, and that an industry dependent on weather and external price setting can’t be regulated the same as other professions.