California doesn’t have nearly the reputation of, say, New Jersey[1] or Maryland [2]when it comes to a history of public corruption. Studies that measure corruption with metrics [3]tend to give most corrupt honors to less populated, poorer southern states like Louisiana and Mississippi or big, relatively wealthy Midwest and Eastern states like Illinois [4]and Pennsylvania[5].

But when it comes to the most corrupt counties, few if any can top the recent run that Los Angeles County is on — specifically, the cities and agencies in south and central L.A. County.

The latest example came last week when Luis Aguinaga resigned [6]as mayor of South El Monte after admitting to taking bribes for seven years from a contractor paid by the city for engineering and construction services. 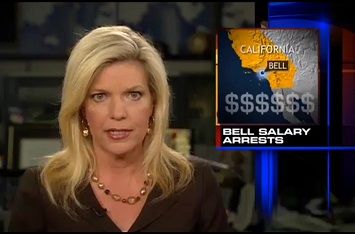 In 2010, a  Los Angeles Times[7] investigation found that the city was being run like a criminal enterprise to the benefit of city officials and City Council members who received huge salaries and relied on illegal taxes and deceptive accounting. Former City Manager Robert Rizzo was found guilty of 69 corruption charges. Five City Council members also were convicted over city schemes.

Mayor Al Robles is now under siege from Los Angeles County prosecutors for simultaneously serving on the board of the Water Replenishment District of Southern California and as Carson mayor. He faced a county grand jury rebuke over the water board’s move to pay his legal bills. He has also faced years of campaign finance allegations over his water board and Carson election campaigns.

Political and legal fallout continues from a scandal involving an alleged $2.75 million slush fund created by the district to pay politically connected consultants such as former Assemblyman Tom Calderon, D-Montebello. Central Basin board member Art Chacon was allowed to collect car allowance and mileage reimbursements from the district from 2006 to 2014, an eight-year span in which he didn’t have a driver’s license. To avoid a potentially huge payout at trial, in 2014, the district settled sexual harassment allegations made by a female contractor against district Director Robert Apodaca for $670,000.

In 2012, Councilman Robert Fierro resigned after he pleaded guilty to a felony conspiracy charge related to his attempts to dupe investigators looking into the financing of his 2005 campaign. In 2010, Councilman Hugo Argumedo resigned after he pleaded guilty to obstruction of justice. Argumedo concocted evidence to help an attorney sue his city for allegedly unpaid legal fees.

In 2012, City Manager Angel Perales, Mayor David Silva and Councilman Osvaldo Conde were arrested by the FBI after being caught seeking bribes from the owner of a marijuana dispensary. In 2014, then-state Controller John Chiang released a scathing report about city finances that found city credit cards were used improperly for meals, travel and entertainment; pay raises were awarded without explanation or justification; and that employees regularly received paid leave that they were not entitled to get.

In 2012, former City Council members Louis Byrd and Fernando Pedroza were convicted of illegally boosting their pay — by $330,000 and $160,000, respectively — by taking stipends for working on city commissions without any responsibilities, a crime with parallels to what happened in Bell. There were also reports that city officials used city credit cards to pay for entertainment, including “a $1,500 night out at a Guadalajara strip club, where dancers allegedly performed sexual favors” for two city officials, the Los Angeles Times reported. In 2007, Mayor Paul H. Richards II received a 16-year sentence for a long-running embezzlement scheme.

County prosecutors are now investigating alleged illegal collusion to get around state open-government laws that may be related to questionable zoning changes made without proper scrutiny. There are also reports that the FBI is investigating possible bribery in the awarding of city contracts.

In 2011, state Controller John Chiang issued a report showing that officials had improperly spent more than $31 million, helping prompt a city budget crisis. Redevelopment funds were used for many non-government purposes, including meals in Las Vegas.

Former city councilman, city manager, mayor and treasurer Albert Robles was sentenced to 10 years in federal prison in 2005 for public corruption, money laundering and bribery. Though several of the convictions were thrown out in 2013, Robles’ sentence was not reduced because of the seriousness of the bribery counts that remained.

The tax-rich industrial city which long controlled who voted in the city by controlling who stayed in its very limited housing was nearly disbanded by the Legislature in 2011 after Donal O’Callaghan became the third city administrator since 2006 to face criminal charges. Mayor Leonis Malburg and his wife Dominica were convicted of voter fraud and conspiracy in 2009. The Malburgs lied for years about living in Vernon while actually residing at a Hancock Park mansion.