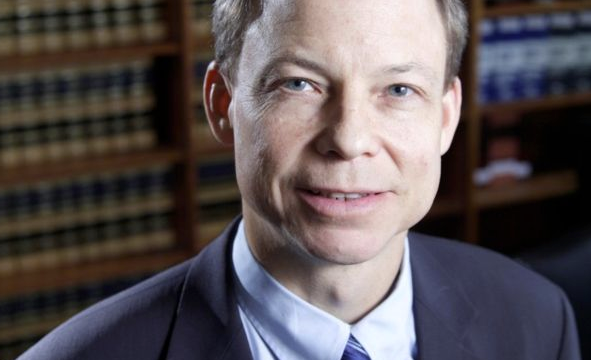 Facing a never-before-seen push to oust him because of a ruling, a California judge has become the focus of a political maelstrom centered around the politics of rape, gender and the rule of law.

After giving a lenient sentence to Brock Turner, a former Stanford student convicted of sexual assault, Santa Clara County judge Aaron Persky was swiftly targeted by former colleagues, movement feminists and others, who mounted an unprecedented campaign to oust him from his position solely because of his exercise of discretion. As a statement released by the victim of the attack became a viral sensation online, Stanford Law Professor Michele Dauber “helped publicize the case by tweeting out excerpts of the offensive remarks Turner’s supporters made,” the Huffington Post noted[1]. “Horrified by the lenient sentence Turner received, and as a family friend of the victim, she then started planning a recall effort against Persky.”

Turner was sentenced to six months in prison, three of which he was required to serve. “While prosecutors pushed for a six-year sentence, Judge Persky chose a lighter sentence due to Turner’s previously clean record, and the potential impact a heavier sentence could have on Turner’s future,” KCBS San Francisco reported[2]. Dauber, meanwhile, has been a close friend of the victim’s family, according[3] to Politico.

Across the country, mobilization around Dauber’s campaign was swift. Recently, HuffPost reported[4], she appeared at a New York fundraiser “organized by Grlcvlt, a secretive women’s-only society of about 3,000 members. To join, a woman has to be invited by one member, and a second member has to vouch for her character. Grlcvlt’s Facebook group is invite-only, and its events up until now have been private — but in June, members held their first public ‘F— Rape Culture’ event to write letters calling for Persky’s removal. They thought maybe 50 people would show up, but more than 1,000 people came, the line wrapping around the block.”

But in addition to under-the-radar groups, the recall effort has attracted a massive following online, where expressing support for Persky’s recall requires just a click or a tap of the screen. The petition for his removal hit 1.2 million signatures, thanks to the change.org website. There was more: “Sixteen state legislators have demanded that the California Commission on Judicial Performance investigate Persky for misconduct, according to Politico, while UltraViolet, an organization instrumental to the recall petition, “also hired a plane to fly over Stanford during graduation carrying a banner that said, ‘Protect Survivors. Not Rapists. #PerksyMustGo,’ and paid for a billboard on a nearby, high-traffic freeway that sends the same message.”

Persky has not been without his defenders, however. In an open letter signed by California law professors — including noted liberal progressives such as UC Irvine’s Erwin Chemerinsky — the campaign against Persky was portrayed as a dangerous precedent and a threat to the basic norms underpinning the rule of law. “Promoters of the recall movement have formed a political action committee, made media appearances, whipped up a storm of social media criticism of the judge to influence the opinion of Santa Clara County voters, and launched a website to raise money for the PAC and gather the necessary signatures to unseat the judge,” the signatories noted[5]; but “[a]lthough the sentence may be lenient, there is nothing so far to establish that it is lawless, corrupt, or the product of a pattern of bias on the part of Judge Persky.”

“Naked political pressure of this kind risks undermining the very foundation of dispassionate, independent judgment upon which all criminal convictions and sentences depend for their legitimacy,” the authors concluded. “If disappointed litigants can influence the outcomes of future cases by unseating judges who rule against their interests, the administration of justice quickly falls into the hands of the wealthy, special interest groups, and anyone who wants to launch a political action committee on the heels of media coverage of a controversial case.”