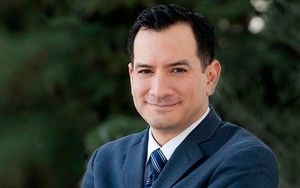 A deal to spur the construction of low-income housing statewide has apparently fallen apart, according to multiple media reports.

Speaker Anthony Rendon, D-Paramount, said talks have died for the year, largely because of Gov. Jerry Brown’s insistence to include provisions that would speed up development by relaxing requirements in the approval process — an idea that angered many local government officials.

Rendon told The Sacramento Bee[1] on Thursday that there wasn’t any support for the Democratic governor’s proposal in the Assembly Democratic Caucus. The death of the talks was later confirmed by the Los Angeles Times.

“Linking it … has sort of backed us into a corner,” Rendon told The Bee. “It doesn’t look like the negotiations are going any further at this point.”

Brown included $400 million worth of low-income housing subsidies in his budget proposal this summer, but since then talks have made little progress. Earlier this month, environmental and labor groups backed out[2] of the negotiations.

It’s unclear how Brown will proceed — a spokesman did not immediately respond to requests for comment.

The deal’s apparent demise comes as legislative leaders are negotiating with Brown over the release of $1.2 billion in unallocated funds from the state’s controversial cap-and-trade program, where businesses can buy credits at auction to exceed emissions caps.

On Wednesday, Senate President Pro Tem Kevin de Leon introduced a gut-and-amend[3] bill that would spend the $1.2 billion on projects throughout the state, including a[4] Clean Vehicle Rebate Project, mass transit projects and even a healthy tree program that includes pest and diseased tree removal.