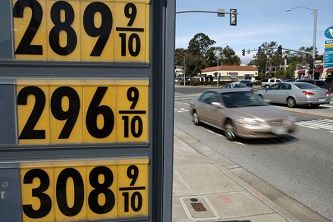 The Democratic member who has led the push in the Assembly for a gas tax hike to pay for transportation improvements is teaming with the Democratic senator who has played the same role in his chamber. And the pair want to be far bolder that Gov. Jerry Brown was in his 2015 proposal.

Assemblyman Jim Frazier, D-Oakley, and Sen. Jim Beall, D-San Jose, propose a 17 cent per gallon tax increase to fund a $7.4 billion transportation program, with likely additional annual hikes after adoption because the rate is indexed to inflation. They also want to increase the tax on diesel fuels by 30 cents a gallon, with the same indexing provision, and to make it easier to get approvals for transportation infrastructure improvements.

Brown’s proposal — which went nowhere in a special session — was built on a 6 cent per gallon tax increase and other provisions that would have funded a $3.6 billion transportation plan.

The huge problem facing any proposal to raise taxes of this sort is the need for two-thirds approval, which means Republican votes in both the Assembly and Senate are necessary. And Democrats lobbying for GOP support don’t just have to overcome traditional Republican opposition to higher taxes. There continues to be deep bitterness over the gas tax swap[1] that GOP Gov. Arnold Schwarzenegger and Democratic lawmakers pulled off in 2010 to plug a $1.8 billion hole in the 2010-11 budget. Republicans aware of this history would struggle to believe that the tax hikes that Frazier and Beall seek for road repairs might not at some future date be used to pay for state salaries, pensions or other needs unrelated to potholes and aging bridges.

The background: Irate over previous diversions of gasoline sales taxes from road repairs to other uses, California voters twice this century passed ballot measures — Proposition 42 in 2002 and Proposition 1A in 2006 — that banned such use of gas sales tax revenue.

But gasoline excise taxes can be spent on general fund obligations. So in 2010, gas excise taxes were sharply raised and gas sales taxes sharply reduced. Because the move was revenue-neutral, Schwarzenegger and Democrats successfully argued that the maneuver only needed to pass on a simple majority vote — not the two-thirds vote needed for tax hikes.

As a result, each year, the state Board of Equalization announces whether it is raising or cutting state excise taxes on gasoline to honor the deal’s requirement that the 2010 gas tax swap be roughly revenue-neutral.

Recent coverage[2] of the Frazier-Beall initiative has not detailed whether the 17 cent per gallon tax hike would be entirely in the gas sales tax or entirely in the gas excise tax or a combination of increases in each.  If it were in the gas sales tax, that would nominally mean the money could only be spent on road repairs and infrastructure improvement because of Propositions 42 and 1A. But another gas tax swap could enable the money to be diverted to the general fund by a simple majority of the Legislature in the future, at least if the governor was amenable.

Republican lawmakers are also likely to be wary of another part of the Democratic lawmakers’ proposal: a $165 yearly fee for owners of zero-emission vehicles to help pay for road improvements. While that’s higher than what most states with such fees charge[3], it’s only half of what the average U.S. car owner pays in gas taxes a year, according to data[4] from 2013.

The argument that zero-emission vehicles should pay more toward road maintenance is dismissed by greens who cite the environmental benefits of the vehicles. But as such vehicles become more common — and as states push gas taxes higher — owners of regular vehicles and free-market advocates are likely to cry foul.