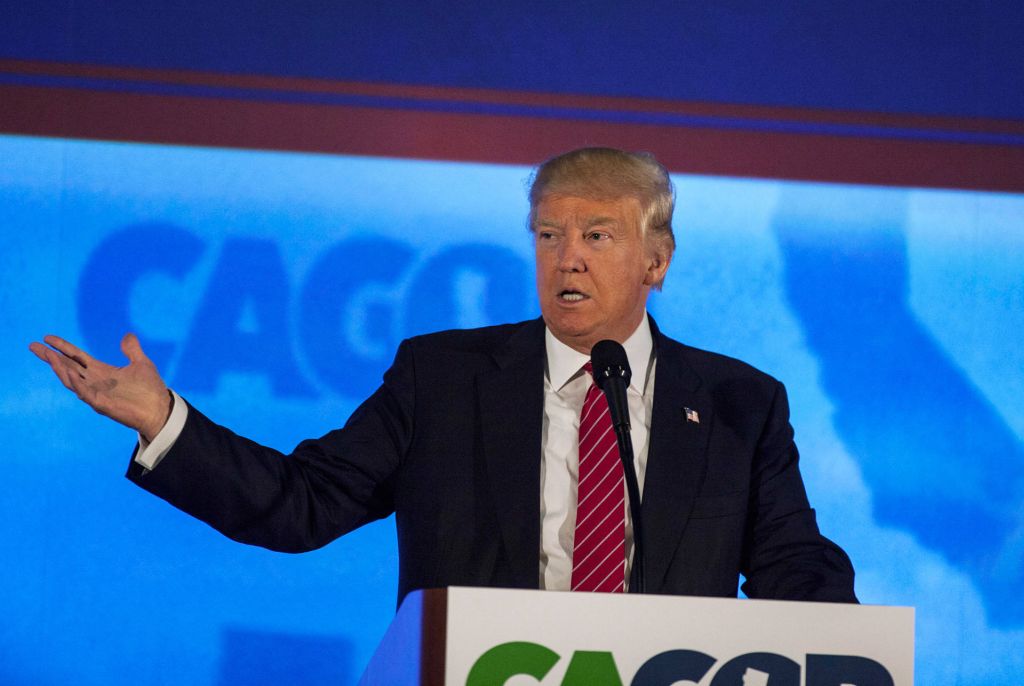 California Republicans hit a new low in statewide registration relative to Democrats, whose ranks have surged in the Golden State despite a sour public mood and a less charismatic presidential nominee than in recent election cycles. “The California Democratic Party added about 700,000 voters between January and July of this year, a 10 percent increase,” the Sacramento Bee reported[1], citing new data from the California Secretary of State. “The Republican Party in California added about 130,000 voters, a 3 percent increase, between January and July. The number of voters not stating a party preference rose by about 70,000, or 2 percent. The number of third-party voters fell by about 90,000, or 10 percent.”

That widened the gap between the parties to a distance not seen in over 10 years — 45 percent for Democrats to 27 percent for the GOP. And though Republicans nationwide have feared that Donald Trump’s anti-establishment campaign could de-register some party faithful, in California, at least, the upsurge in Democrats could not be attributed to switches in affiliation. “Much of the increase in party registration seems to have come from the ranks of those not already registered to vote,” the Bee noted. “Overall, the number of Californians registered to vote increased by about 825,000 between January and July to 18.1 million. That equates to 73 percent of California adults eligible to vote.”

Yet in the face of such numbers, the Trump campaign’s unpopularity in California has forced some in-state Republican incumbents into a delicate balancing act. To hedge against Trump’s high-profile spat earlier this month with the Muslim parents of Humyun Khan, an Army captain killed in the Iraq War, Rep. Steve Knight, R-Palmdale, “called Trump’s comments about Khan’s parents ‘deplorable,'” the Los Angeles Times recalled[2]. Meanwhile, “Republican Assemblyman David Hadley of Manhattan Beach penned an opinion piece in the Daily Breeze saying he won’t vote for Trump or Democrat Hillary Clinton. Both are locked in tough re-election fights and were called out by Democratic rivals to denounce Trump.”

But the Trump factor has ratcheted up the local stakes most in the race against Rep. Ami Bera, D-Elk Grove, who unseated leading Republican Rep. Dan Lungren in 2012. Bera’s challenger this year, Sacramento county sheriff Scott Jones, “stepped into the public spotlight in 2014 when he decried President Obama for the nation’s immigration problems shortly after a twice-deported Mexican national killed two police officers during a Northern California shooting rampage,” the Times noted. But his endorsement of Trump gave Bera an opportunity to hold his feet to the fire on the Khan controversy — a dynamic which has yet to let up.

And the American Independents have nominated Donald Trump for president despite Trump not actively campaigning for their support. “The American Independent Party is best known for supporting segregationist George Wallace in the 1968 election where he won five states, a feat that has not been replicated by any third party candidate since,” TPM noted[4]. Despite a periodic insistence that Trump will change California’s political dynamic to the advantage of Republicans, few analysts think the effort will help the state GOP shift its numbers toward greater support.