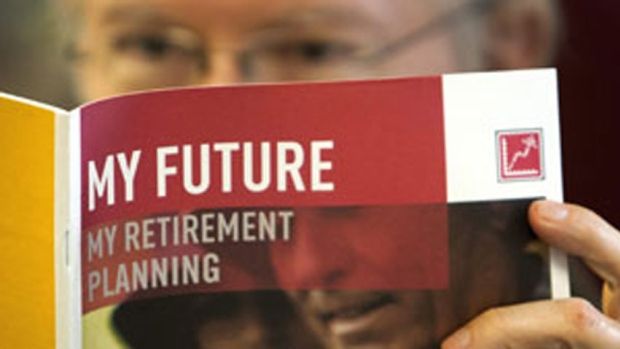 SACRAMENTO – An Aug. 17 California appeals court ruling[1] rejected a public employee union’s claim that its members had a right to “pension spiking,” which the court described as “various stratagems and ploys to inflate their income and retirement benefits.” Public employees often will pad their final salary total with vacation leave, bonuses and “special pay” categories to inflate the pension benefits they receive for the rest of their lives.

That decision was good news not just for pension-reform activists[2], but for the Jerry Brown administration and legislators from both parties who had supported a 2012 reform law meant to shave the state’s pension obligations. As Justice James Richman noted in his ruling, spiking “has long drawn public ire and legislative chagrin.”

But pension reformers got even better news, given the nature of the judge’s reasoning. The court ruled that employees have a right to a “reasonable pension – not an immutable entitlement to the most optimal formula of calculating the pension.” That simple logic undermines the core obstacle to far-reaching pension reform in California, and which has been adopted in several other states. It involves something known as the “California Rule.”[3]

It’s not actually a rule, but a precedent derived from a variety of rulings[4] that date back to 1955. Ultimately, it says that once a legislative body (city council, board of supervisors, the state Legislature) grants a pension-benefit increase, that increase is indeed immutable; it can never be rolled back. Employees can never be forced to contribute more to their pension plan unless they get something of equal or greater value in return.

Four years ago, California politicians from both parties acknowledged the depth of the state’s public-employee pension crisis. Unfunded liabilities[5] – i.e., the taxpayer-backed debt to pay for the state’s pension promises – were rising. Localities were struggling to make ends meet as their pension obligations rose, with a handful heading into bankruptcy and others struggling with service cutbacks to afford their pension bills.

The resulting pension-reform law, called the Public Employees’ Pension Reform Act (PEPRA) of 2013[6], has been criticized for not going far enough in its reforms. Some Republicans even alleged it was more about public relations than reform. Its passage in 2012, for instance, was used by supporters of the Proposition 30 tax increase measure to convince voters the state was serious enough about governmental reform that they should vote yes. But the Brown administration and legislators argue it was a serious step toward reining in pension problems.

Whatever their motives, legislators and the governor have dealt with the same problem faced by other local governments that have tried to reform pensions: the courts use the California Rule to stop most proposals that reduce benefits for current employees. PEPRA mostly made changes for future employees. The pension-spiking restrictions at issue in this ruling, Marin Association of Public Employees v. Marin County Employees’ Retirement Association and the State of California, were found in a trailer bill that was passed after it became clear that PEPRA actually would “increase pension-spiking opportunities,” as the East Bay Times’ Dan Borenstein reported[7].

Despite the reform, however, massive pension problems remain. The Stanford Institute for Economic Policy Research produces a pension tracker that calculates the size of the pension debt[8] for all of the state’s employee-retirement systems. Depending on assumptions about rates of return, the debt ranges from $281 billion to $946 billion, or a range from $22,000 per California household to $75,000. In the ensuing four years, the debt problems have intensified, especially following the California Public Employees’ Retirement System’s recent returns, which were below 1 percent for the past year.

Unlike a 401(k) system[9], where the ups and downs of the market raise or lower the returns that an employee will receive, these governmental defined-benefit systems guarantee a payout to employees based on a formula. If the market goes down, then the taxpayer-backed unfunded liability, or debt, goes up. There’s variation in the size of the debt based on how well the pension funds do. The main pension fund assumes their investments will earn an aggressive 7.5 percent. If it’s wrong, agencies will need either to come up with more money or cut back public services.

Hence, the significance of the California Rule[10]. The state and local agencies have cut back pension benefits for new and future employees. That’s allowed. But most of those employees won’t start retiring for 30 years. Many analysts believe the only way to get these debt numbers under control is to reduce benefits of current employees going forward. The courts have so far stopped that approach. A federal court in the Stockton bankruptcy case[11] ruled that benefits can be cut for current employees, but cities have to go belly-up to take advantage of that process.

The latest ruling offers a possible way out of this conundrum. “(T)he Legislature may, prior to the employee’s retirement, alter the formula, thereby reducing the anticipated pension,” the judge ruled[12]. “So long as the Legislature’s modifications do not deprive the employee of a ‘reasonable’ pension, there is no constitutional violation. Here the Legislature did not forbid the employer from providing the specified items to an employee as compensation, only the purely prospective inclusion of those items in the computation of the employee’s pension.”

The judge pointed to a report[13] from California’s watchdog agency, the Little Hoover Commission, noting the size of the pension problem: “The money coming in is nowhere near enough to keep up with the money that will need to go out. The state must exercise its authority – and establish the legal authority – to reset overly generous and unsustainable pension formulas for both current and future workers.” In other words, the promised benefits cannot be considered outside of the overall health of these public retirement systems.

The ruling[14] will almost certainly be reviewed by the state Supreme Court. Pension-reform advocates have made progress in the past in addressing this rule (e.g., the 2012 passage of a San Jose reform that rolls back benefits for current employees) only to be rebuked in court. And even if it stands, the decision will leave no clear roadmap. How much can future pension benefits be cut or how much more can employees be expected to contribute before it becomes “unreasonable”?

It’s unclear, but as a Santa Rosa Press-Democrat editorial[15] from last week opined, the “court ruling opens a path for pension reform.” That’s not a freeway, but it’s a way forward that reformers didn’t have before the 1st District Court of Appeal’s decision.