Why hope for CA oil boom is fading fast 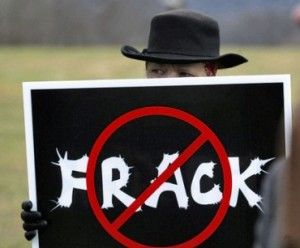 It took some time, but a 2011 report by the Federal Energy Information Administration that estimated that California’s Monterey shale underground land mass formation had 15.4 billion barrels of accessible oil and a follow-up study that put the figure at 13.7 billion barrels of oil — about twice as much as the rest of the nation combined — got plenty of folks’ attention. Advances in hydraulic fracturing, known as fracking, made extracting the oil cost-effective.

Excitement about a possible oil bonanza was stoked by a 2012 City Journal analysis[1]. That continued to build in early 2013 after word spread that oil companies were already buying land[2] above the 1,750-square-mile shale formation, which extends across much of central California to the Santa Barbara-San Luis Obispo coast. Then came a 2013 USC study[3] that estimated development of the Monterey shale could boost the state’s economic activity by 14.3 percent and had the potential to generate nearly $25 billion in new state tax revenue by 2020.

In January 2014, Gov. Jerry Brown made headlines when he said he was open to allowing fracking in California, getting blasted[4] by environmentalists as a result. Fracking, which involves the use of underground water cannons to eradicate rock formations and allow access to previously unreachable oil and natural gas reserves, has been targeted by green groups on safety and health grounds for a decade.

But it’s been all downhill ever since for those enthusiastic about oil exploration in the Golden State. It’s not just that low oil prices have left energy companies facing a “world of hurt,”[5] in the words of the Houston Chronicle, and without the resources to pursue large new drilling programs in California or elsewhere. It’s specific, daunting developments.

Last week, Los Angeles-based U.S. District Judge Michael Fitzgerald halted plans [6]to allow fracking of the Monterey shale on public lands in central California and rebuked the U.S. Bureau of Land Management for failing to do a full review of the environmental effects of the extraction technique.

In July 2015, state officials released final rules on fracking that were billed as the toughest[7] in the nation. They were seen as much more onerous than the tough-but-manageable draft rules released in fall 2013 to the applause[8] of energy companies.

And in May 2014, the federal Energy Information Administration — the same agency that triggered the interest in the Monterey shale in the first place — cut its estimate[9] of how much oil could be recovered from the underground rock formation by 96 percent, to 600 million barrels. 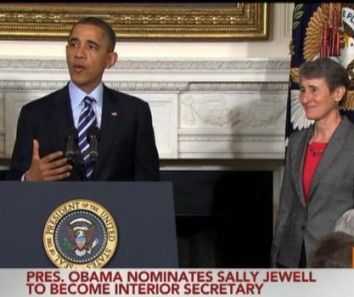 “There is a lot of misinformation about fracking,” Jewell told KQED[10] in an interview. “I think that localized efforts or statewide efforts in many cases don’t understand the science behind it and I think there needs to be more science.”

That may surprise some, given the Obama administration’s aggressive pursuit of a global climate-change strategy that is based on much less use of fossil fuels. But President Obama campaigned for re-election in 2012 on an “all of the above” strategy for energy production and has continued with the approach[11] in his second term.

Jewell endorsed the fracking plan for California public land that was blocked last week by the Los Angeles federal judge. The Bureau of Land Management, the agency the judge criticized, is part of the Interior Department.