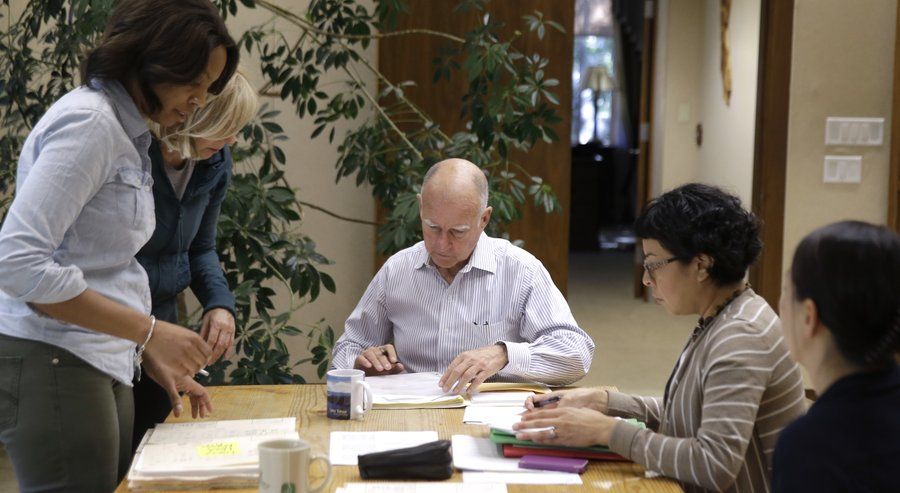 Gov. Jerry Brown vetoed a package of bills on Tuesday that would have eliminated sales tax on tampons and diapers.

In total, Brown killed seven niche tax cuts totaling around $300 million in revenue, arguing the tax cuts should be done as part of the annual budget discussions, not individually without taking into account the broader implications.

“As I said last year, tax breaks are the same as new spending — they both cost the general fund money,” Brown wrote in his veto message. “As such, they must be considered during budget deliberations so that all spending proposals are weighed against each other at the same time.”

“This is even more important when the state’s budget remains precariously balanced,” Brown added. Brown has repeatedly cautioned against[1] new spending programs, believing that an economic downturn in near, which many say the state is not well-prepared for[2].

The governor’s fiscal caution was not well-received among many of the sponsors of the vetoed bills.

Assemblywoman Cristina Garcia, who sponsored the controversial bill[3] to eliminate sales tax on feminine hygiene products, like tampons and sanitary napkins, quickly rebuffed Brown’s decision, calling it a “clear message to all women in California.”

“He told us periods are a luxury for women,” the Bell Gardens Democrat said in a statement. “Let me be clear; biologically periods are not luxuries and they are definitely not something women should be ashamed of. We have a long way to go in our journey for equity in California.”

Garcia is poised to become chair of the increasingly Democratic Legislative Women’s Caucus[4] in 2017 and will likely resurrect this issue, but with much more political power at her disposal.

Another powerful female legislator, Assemblywoman Lorena Gonzalez, was equally disappointed over the veto of one of her bills, which would have killed sales tax on diapers.

The San Diego Democrat has enjoyed a recent string of legislative successes, including a bill expanding overtime pay for farmworkers[5] signed into law on Monday, and was more accepting than Garcia.

Because the streak can only last so long… #ab717[6] our diaper tax relief vetoed. Still #shithappens[7] https://t.co/mQGIdwXNm4[8]

The total list of bills vetoed on Tuesday are: