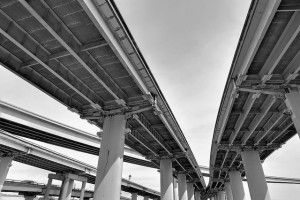 A public employees’ union is questioning Caltrans’ pricey decision to move one of its district offices from one side of Orange County to the other, noting the high cost of new cubicle partitions and the lack of space to accommodate new staff required by two transportation proposals.

Caltrans’ District 12 management terminated its lease two years early in Irvine for a new location in Santa Ana; to move from a space the union argues would accommodate space needs to a space that’s inadequate.

The new space saves about $1.2 million in rent annually, but it also reduces space by 50,000 sq. ft., which does not allow for the additional staff required for the traffic-relief construction called for in transportation proposals offered by both Gov. Jerry Brown and legislators.

“For state highways, this would require engineering design and construction inspection, but Caltrans is moving to a new location which would not have the space to house the staff needed to accomplish the program,” said Beth Katz, spokeswoman for Professional Engineers in California Government.

Caltrans will also install new, low-rise partitions for cubicles costing $1.7 million, over the objections of PECG and staffers. Spokesman David Richardson said the partitions are part of Caltrans’ “commitment to innovation and to sustainability issues such as maximizing natural light and increased ventilation to improve the mood and productivity of staff.”

Richardson said the low-rise partitions will improve communication also, and have worked in the offices of other companies in the old business park. However, PECG argues the partitions will kill productivity and morale, all for almost $2 million — especially when existing inventory has the partitions they prefer.

“Shorter partitions result in more noise in the work area, are opposed by the employees, and cost extra money as compared to using the existing partitions,” Katz said.

The Legislature is currently in a special session on transportation, although legislators have left Sacramento until December. Although leaders could call legislators back to address the transportation issue before the November election, it’s not likely to happen.

Both Gov. Brown’s plan and the one proposed by the Legislature’s two committee chairs who oversee transportation call for increased taxes, which would require a two-thirds vote. Republicans have been publicly opposed to increased taxes to pay for roads, arguing that funds already exist in the budget, but there doesn’t appear to be sufficient support among Democrats either.

Many Sacramento insiders privately predict that some members may be more inclined to increase taxes during the lame-duck session, particularly those who have termed out or been voted out.

There is also a decent chance that Democrats win a two-thirds majority in November, thereby removing Republicans’ ability to block increases in the next legislative session — although they would still need to get other Democrats on board.

Correction: An earlier version of this story said Caltrans owned its offices in Irvine. The space was actually a rental, hence the early termination of the lease.