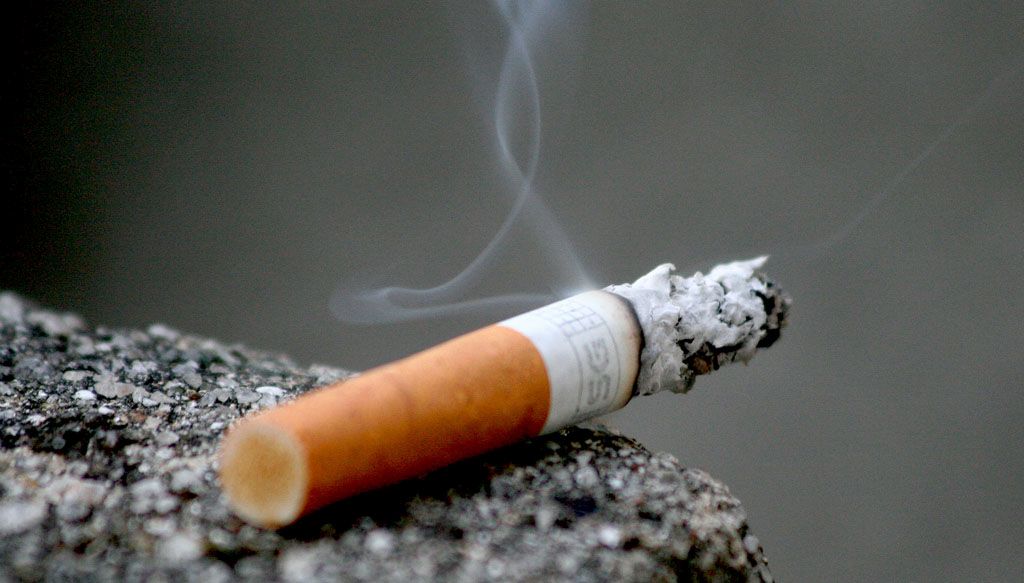 Twice now we’ve seen fact-checkers panning the anti-tobacco tax campaign’s claim in a radio ad that Prop. 56, an increase of $2 per pack on cigarettes and other tobacco and nicotine products, “cheats schools out of at least $600 million a year” — once in The Sacramento Bee[1] and once in Politifact California[2].

And then last week, when a video with similar claims was released by the “No” campaign, The Bee[3] doubled down on its assessment that the commercial contains “inaccurate claims about school funding and omits information to mislead voters.”

Making no value judgement about the pending measure, while happily admitting that the fact-checker sites generally perform good work and a valuable public service, CalWatchdog decided to fact-check the fact-checkers.

Full disclosure: I grew up in Virginia and smoked from age 12 to 28. While I loved smoking, Newports especially, in the end I preferred playing soccer, walking up the stairs at a normal pace, falling asleep without violent coughing fits, waking up without puffy eyes, and yes, having money in my pocket.

Davina Keiser, a Long Beach Math Teacher says to the camera: “Good schools are important to my students, and California. That’s why voters passed a law to ensure that schools get 43 percent of any new tax revenue. I was astounded to learn that Prop. 56 was written intentionally to undermine that guarantee. Prop. 56 raises $1.4 billion a year in new taxes and gives most of that money to wealthy special interests, like insurance companies. But not one penny goes to improve our kids’ schools. That’s just bad math.”

As The Bee points out, “The words ‘cheats schools of $600 million a year’ appear on the screen.”

Since the three fact check stories are largely the same, we’ll analyze the most recent Bee story.

The Bee writes: “Similar to an earlier ad funded by the tobacco companies, the new commercial contains inaccurate claims about school funding and omits information to mislead voters. It is a stretch to say Proposition 56 ‘cheats schools of $600 million a year.’ Nothing in the measure reduces school funding from current levels. If the measure passes, the education budget doesn’t decrease.”

We agree that “cheat” is a stretch. Cheat implies there is intent on the part of the Yes campaign to either deceive voters or go outside the normal framework to achieve its objective. Since the proponents are going through the legal, democratic process and are not hiding the fact that the measure is exempt from education-funding requirements, “cheat” seems like normal political hyperbole.

But that doesn’t mean there isn’t a diversion of funds, or at least a diversion of potential funds. In 1988, voters passed Prop. 98, which Prop. 111 then amended the following election. These policies earmarked a certain amount of new revenue for education funding. While the number changes depending on many factors, it could be between 40 and 50 percent (we found conflicting numbers in our research, but this range should suffice).

Voters have the power to amend the Constitution to waive this requirement, as would be done in this case. But that doesn’t change the fact that we currently live in a world where a certain amount of all new funding is earmarked for education.

Even if everyone says it’s fine to do this, the money still won’t be going to education. If this wasn’t true, proponents wouldn’t have had to write the Prop 98 exemption into the Prop 56 language.

For The Bee to write Prop. 56 would not cut funding is a red herring. The ad says “cheat,” not cut. And while “cheat” itself is misleading, there is an unquestionable loss of potential revenue.

The Bee writes: “While Keiser says she was ‘astounded’ to learn that the measure works around Proposition 98, she shouldn’t be. It isn’t unusual. The last two increases in tobacco taxes approved by voters shielded the money from the Proposition 98 education funding guarantee.”

To be clear, you can’t fact check whether or not someone should or shouldn’t be astounded. But since The Bee speculated on Keiser’s level of astoundedness, we’ll speculate it’s possible she wasn’t aware of the prior measure’s exemptions. It’s even more possible that she’s just reading from a script.

To continue our speculation, we believe there is a significant percentage of voters who are unaware that prior tobacco taxes were exempt from Prop. 98. Again, we’re just speculating, but doesn’t it seem more logical than assuming every voter is fully-versed in budgetary minutiae and constitutional law?

In fact, Judge Michael Kinney agreed when he said in August that “Voters don’t know the numbers.” According to the Los Angeles Times[4], that was Kinney’s justification when he ruled the attorney general needed to be more specific in Prop. 56’s summary, to make clear to voters the connection between Prop. 98 and school funding.

The Bee is correct that the last two tobacco-tax ballot measures were exempt from Prop. 98. But the original tobacco excise tax, passed in 1959, has been contributing a certain amount to education funding since Prop. 98 was approved in 1988. So it’s not unprecedented. We can sympathize with Keiser or any other voter who doesn’t know all of this.

The Bee writes: “It’s also wrong to say ‘not one penny’ of the funding goes to improve schools. The Legislative Analyst’s Office estimates that up to $20 million of the new tax revenue would to go the Department of Education for school programs to prevent the use of tobacco among young people.”

Anti-tobacco programs in school will do little to give teachers raises, reduce classroom sizes, improve academic performance, improve graduation rates, increase the number of kids going to college, or implement any other meaningful suggestion policy makers and advocates have for improving California’s schools.

While steadily increasing, only 23 percent of voters think California schools have improved over the last few years, while 30 percent say schools gotten worse (35 percent say it’s stayed the same, which could either be negative or positive), according to a recent poll from Policy Analysis and California Education/University of Southern California Rossier School of Education[5].

These programs may deter some kids from smoking and encourage others to quit (although it never worked on me), and maybe a tobacco opponent would make an argument that lowered-tobacco/nicotine usage actually improved a school, but it would be stretch. To claim it’s “wrong to say ‘not one penny’ of the funding goes to improve schools” is absurd, unless The Bee is being both narrow and creative in its understanding of improvement.

It’s possible that proponents aren’t as concerned with the loss of potential education funding because of another measure on the November ballot, Prop. 55, which would extend a temporary tax on personal incomes of $250,000 or more to education and health care funding. The Legislative Analyst’s Office estimates[6] this will generate between $4 billion and $9 billion per year until fiscal year 2030-31, with a little more than half going to education.

Tom Torlakson, the state superintendent of public instruction, co-wrote the ballot measure argument in favor of Prop. 55, arguing it would fund the hiring of more teachers, help with college affordability, help restore arts and music programs and help stave off cuts, among other things. “We can’t go back to the days of devastating cuts and teacher layoffs,” Torlakson and others wrote.

But despite the sky-is-falling argument on Prop. 55 (there would be a substantial loss of revenue if Prop. 55 fails), Torlakson wrote a letter[7] in favor of Prop. 56, which, as the PolitiFact California fact-check noted, said: “Make no mistake, Proposition 56 will not divert a dime away from schools. Rather, it will raise revenues for school based tobacco prevention and intervention programs.”

The state’s top educator pleads with voters to bolster education funding to fight off “devastating cuts,” while he’s cavalier about the loss of a potential $600 million. There’s a chance the prospect of Prop. 55 passing helped him leave $600 million on the table.

The Bee writes: “This time around, Proposition 56 directs most of the tobacco tax revenue increase to Medi-Cal to raise reimbursement rates, which critics have long blamed for the state’s health care conundrum. Doctors say the financial reimbursements they receive for providing care to California’s most impoverished patients are too low to maintain a practice. The ‘wealthy special interests’ the ad refers to are doctors, clinics, hospitals, managed care plans and any other health-related group that get Medi-Cal payments because they provide services to eligible patients.”

There is big money at stake here. The Legislative Analyst’s Office estimates[8] Prop. 56 could generate between $1.27 billion and $1.61 billion in revenue next fiscal year.

The ad says “most of this money goes to wealthy special interest groups, like insurance companies.” Medi-Cal, the state’s health care program for low-income residents, would receive the bulk of the Prop. 56 revenue, after certain requirements and programs are paid for.

Depending on how the money is actually divvied up in the budget process will determine whether “most” of the funding goes to insurance companies, like managed-care plans, although other health care providers, like doctors, clinics and hospitals, will get their share as well.

In February[9], the Legislative Analyst’s Office estimated that in 2016-17, 75 percent of Medi-Cal beneficiaries are enrolled in managed care.