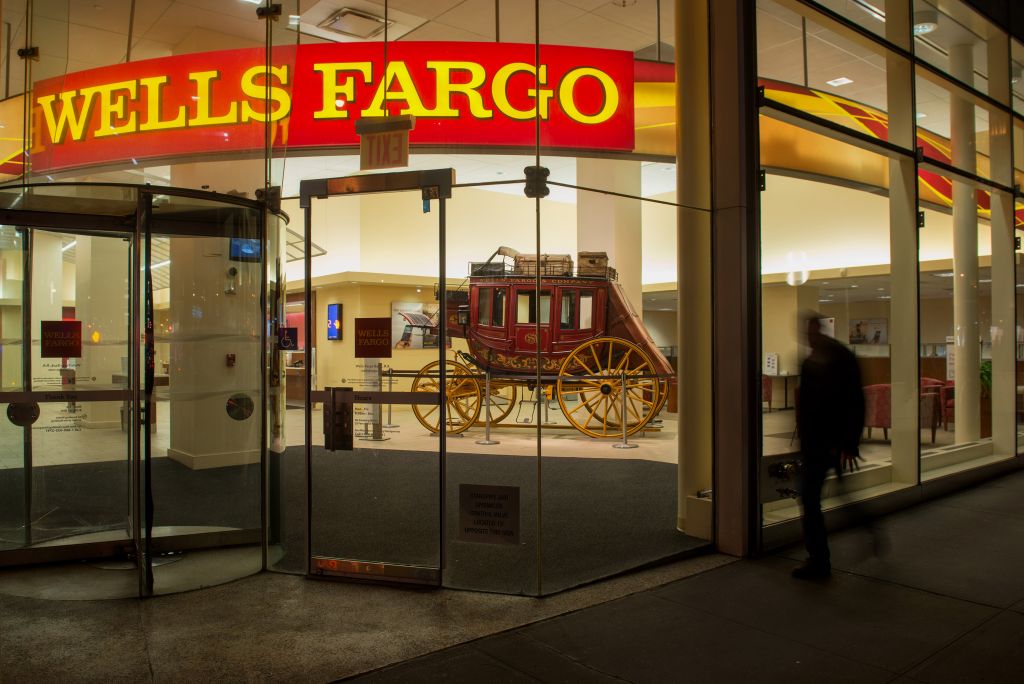 In the wake of California’s unprecedented punishment of San Francisco-based Wells Fargo for bogus lending practices, legal sanctions spread eastward, with other state officials and Hillary Clinton herself going after the bank.

Already, in Washington, members of the House Financial Services Committee have demanded “that Federal Reserve Chairwoman Janet L. Yellen punish Wells Fargo for creating as many as 2 millions accounts without customers’ permission,” according[1] to the Los Angeles Times. Although Yellen has so far declined, California Treasurer John Chiang’s swift action has created what could be enough momentum to send federal sanctions the bank’s way. In a recent news conference, Chiang “outlined specific sanctions that will remain in place for a year and target Wells Fargo’s ‘most highly profitable’ relationships with his office,” the Times added. In a letter to CEO and Chairman John Stumpf, Chiang asked how he could trust the bank going forward.

“Chiang also said he will work with the state’s pension funds, which collectively own about $2.3 billion in Wells Fargo stock and bonds, to push for reforms to Wells Fargo’s corporate governance. Chiang sits on the governing board of the nation’s two largest public pension funds — the California Public Employees’ Retirement System and the California State Teachers’ Retirement System. He said he will push for the separation of the bank’s chairman and chief executive roles … and for the bank to review its compensation policies and possibly rescind more pay from executives linked to the fake-accounts scandal.”

On the heels of Chiang’s move, Wells Fargo also lost support among officials based in the other most significant financial center west of the eastern seaboard, Chicago. “Illinois is joining California in suspending Wells Fargo & Co. from handling ‘billions’ of dollars in investment work and the underwriting of state debt,” Bloomberg reported[2]. “Treasurer Michael Frerichs said in a statement that he will announce details of the ban during a news conference in Chicago on Monday. The suspension includes municipal-bond underwriting, according to Greg Rivara, a spokesman for the treasurer.” Although some states, including Alaska and Oregon, have said their relationships with the bank are unchanged, “Connecticut decided last week to add Morgan Stanley to serve as lead underwriter with Wells Fargo on a state bond issue planned for next month to help ensure a successful sale,” the site noted.

Now, Hillary Clinton has seized on the opportunity to make some political hay as well. At a campaign stop in Toledo, Ohio, Clinton described the situation as “[o]ne of the nation’s biggest banks bullying thousands of employees into committing fraud against unsuspecting customers. Secretly opening up millions of accounts without their consent, even their knowledge, misusing personal information, and then sticking customers with hidden fees,” according[3] to Business Insider. “It is outrageous that eight years after a cowboy culture on Wall Street wrecked our economy that we are still seeing a powerful banker playing fast and loose with the law,” she said, introducing a proposal that would give consumers a right to sue instead of enter arbitration under circumstances like those created by the bank.

Wells Fargo has scrambled to stanch criticism and maintain a firewall with federal officials. “Under fire over the unauthorized accounts, Wells Fargo’s board announced … it was stripping Mr. Stumpf of unvested stock awards valued at $41 million. He will also forgo his bonus this year and a portion of his $2.8 million base salary,” the New York Times observed[4]. But “the move to retract a portion of Mr. Stumpf’s lavish compensation — at the time of Wells Fargo’s latest annual disclosure, he held shares and options valued at around $247 million — has not appeased some senators who criticized Mr. Stumpf,” including Elizabeth Warren, D-Mass., who has flexed her muscle as a financial hawk throughout her tenure.

As Wells writhes, questions have arisen as to whether their misdeeds were merely the first to be caught. At media outlets where financial reform has long driven coverage of the big banks, incensed reporters have been stonewalled in their efforts to find out. “Representatives from Bank of America, Citigroup, JPMorgan Chase and US Bank declined to respond when The Huffington Post asked them if they use the same high-pressure, lofty sales quotas that pushed underpaid Wells Fargo employees to rip off customers in an effort to keep their jobs or earn bonuses to enhance their low hourly pay,” the website reported[5]. “Along with Wells Fargo, these banks are the five largest in the country, ranked by total assets.”